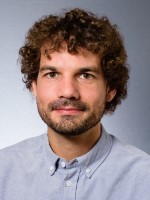 This thesis is based on a randomized controlled trial conducted at Oslo University Hospital from 2003 to 2009. Children younger than 15 years were randomized to laparoscopic (LNF) or open Nissen fundoplication (ONF), and the participants were followed for over a decade to compare the postoperative outcome of the two surgical techniques.

The children operated with LNF had significantly higher recurrence rates than those operated with ONF, and recurrence occurred earlier after LNF than after ONF. Short- and long-term satisfaction with the fundoplication was equally good in the two groups. There were no differences in length of hospital stay, complication rate or recovery after LNF and ONF. Because LNF is associated with an increased risk of recurrence compared to ONF, surgical technique should be discussed with parents and/or patients.