Cand.med. Ragnhild Munthe-Kaas at Institute of Clinical Medicine will be defending the thesis “The EARLY study: Cognitive impairment after stroke - classification and predictors” for the degree of PhD (Philosophiae Doctor). 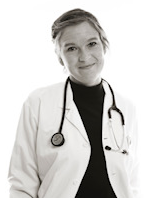 In recent decades, awareness of cognitive impairments after stroke has grown, and research has shown that approximately two-thirds of all stroke survivors experience cognitive challenges post-stroke. To further illuminate the trend, the Norwegian Cognitive Impairment After Stroke (Nor-COAST) study recruited 815 stroke survivors and followed them for 3 years while conducting different cognitive and physical assessments. This thesis is a product of a sub-study of the Nor-COAST study called the EARLY study, the overall aim of which was to define, detect and predict cognitive impairment after stroke.