UiO Faculty of Medicine Institute of Clinical Medicine
Main navigation
Back to uio.no
Sub navigation Menu
Research > Research news and events > Research news > 2016 > Did schizophrenia evolve with the development of the human brain?
Norwegian version of this page 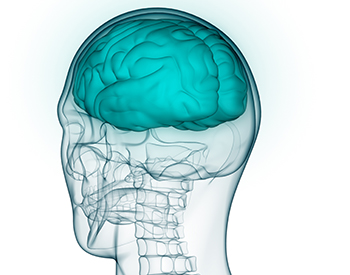 New genetic findings indicate that vulnerability to schizophrenia has developed parallel to language ability and creativity in the human brain. Illustration: Colourbox.no

Searching for the origin of schizophrenia, researchers at the Norwegian Centre for Mental Disorders Research (NORMENT), University of Oslo, have compared the genes of Neanderthals with those of modern humans.

The background to the study is a theory that schizophrenia is a bi-product of more advantageous traits that came about with the development of the human brain, such as language and the capacity for abstract thought. The more advanced the brain became, the greater the risk of synaptic malfunction that can result in illness.

‘Our findings indicate that genetic vulnerability to schizophrenia increased after the divergence of modern humans from Neanderthals. They therefore lend weight to the hypothesis that schizophrenia is a bi-product of the complex human brain,’ says Professor Ole. A. Andreassen, the last author of the study.

Schizophrenia is a mental disorder that can develop in many different ways, but which is generally characterized by delusions and hallucinations, also called psychoses. The cause of schizophrenia is still unknown, but researchers know that genes play a crucial role.

Simply put, from an evolutionary perspective, genes that result in individuals being successful in their society will be replicated. Genes that cause individuals to be less successful will disappear. With regard to schizophrenia, however, scientists observe that the illness has prospered in our species throughout our documented history. This has happened despite the fact that those who develop the illness often lose their capacity to adapt to society, and have lower fertility.

Taken to its extreme, we can say that the genes for schizophrenia must be associated with success in society.

How can such a potentially destructive illness have been maintained over tens of thousands of years? To explain this, researchers in the field developed a theory that the genes that make us vulnerable to schizophrenia are closely linked to other, more favourable functions of the brain ꟷ functions that lead to significant advantages for the species, such as language and creativity.

The results of the new study lend weight to this theory. As well as showing that schizophrenia genes are associated with the more successful of these two human species, the study also indicates that the area of the brain in which the genes are located is linked to cognitive functions, for instance our ability to think and understand.

The quest for risk-associated genes

In 2015, the first authors Saurabh Srinivasan and Francesco Bettella won the Research Council of Norway’s award for the best scientific article in the field of mental health for their article on this topic, which will be published in the journal Biological Psychiatry in August 2016.