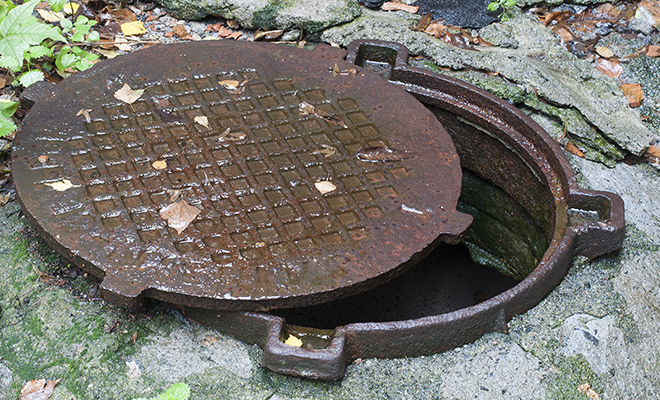 The potential abuse of prescription drugs can be revealed through the analysis of wastewater. Foto: Colourbox

We use more prescription drugs than ever before. We prescribe medication for anxiety disorders and ADHD, and painkillers to help with various types of pain.

A consequence of this development is the growing problem with prescription drug abuse and misuse. This may be due to overusing or simply that we misuse the medication, for example as self-medication, to boost performance or to get high.

How can we examine whether certain prescription drugs are being misused?

As part of a large European research network, Norwegian researchers have analysed traces of prescription drugs in Oslo’s sewage. The results show patterns of possible abuse and the use of Ritalin in the same manner as amphetamines and methamphetamines, with a higher user rate during weekends.

Ritalin is a controlled substance normally prescribed to patients with ADHD.

During the past ten years, researchers have developed new methods to monitor and investigate the use of medication and narcotics.

One of these methods is wastewater-based epidemiology (WBE). This new statistical method measures various pharmaceutical products in wastewater. The measurements can be restricted to a specified group, a certain geographical area or a country.

The method has generated enthusiasm because it enables us to monitor the use of pharmaceuticals and narcotics by analysing sewage. However, the method involves very advanced statistics, according to the researchers.

– WBE is an advanced statistical method for analysing wastewater, Stefania Salvatore explains. She is a research fellow at the Norwegian Centre for Addiction Research (SERAF) and a member of the European network that is investigating wastewater to scrutinize people’s usage patterns.

– Conducting epidemiological analyses based on wastewater is a new way to investigate drug abuse and may hopefully provide us with more objective measurements, she says.

Variation throughout the week

The earliest analyses of wastewater have been rather basic and have probably overlooked important nuances in the data. Salvatore and her colleagues have tried to develop a deeper understanding of the information we are able to collect from the analyses by using time-series analyses.

To explain this in simple terms, she has extracted and broken down information from the analyses and then looked at the variations in the use of various pharmaceuticals and narcotics over the period of a week.

– We have looked closely at the variations in the wastewater for a measured amount of three prescribed pharmaceuticals over the period of a week, Salvatore explains. She points out that these are three controlled substances, all of which are known to have abuse potential.

The three pharmaceuticals investigated were methadone, oxazepam and methylphenidate, which we know as Ritalin.  Methadone is a synthetic medication used as a pain reliever and oxazepam is a sedative used to treat anxiety.

The analyses are based on samples from wastewater in Oslo taken in February 2014 based on a population of about 580,000 people.

Samples were taken over the course of a week, and this permitted researchers to see if the level of the various pharmaceuticals changed between weekdays and the weekend.

A higher level of presence during the weekend suggests that pharmaceuticals are used as intoxicants, since normal doses of medication will yield approximately equal registrations on a day-to-day basis. The patterns that researchers found with Ritalin users is the same as that seen in the use of amphetamines and methamphetamines, among other drugs.

This indicates that Ritalin is also used as an intoxicant in Oslo.

– With the aid of this method, we have identified a potential abuse of methylphenidate, Salvatore explains.

Controlled substances undergo thorough testing to determine whether they will possibly be dependence forming before they are released onto the market as prescription drugs. Analyses of wastewater may help to monitor pharmaceuticals that have an abuse potential, even after they have been introduces to the market.

Jørgen G.  Bramness, supervisor to Salvatore and a senior researcher at the Norwegian National Advisory Unit on Concurrent Substance Abuse and Mental Health Disorders, confirms the importance of the findings.

– Salvatore has demonstrated that substances with an abuse potential varies more strongly throughout the week than that of substances lacking the potential for abuse. This variation may provide information on the abuse potential of new substances, including new pharmaceuticals, he explains.