Health care personnel who contributed to the rescue work after the 22 July 2011 terror attacks had better mental health a year later than individuals who contributed as volunteers. 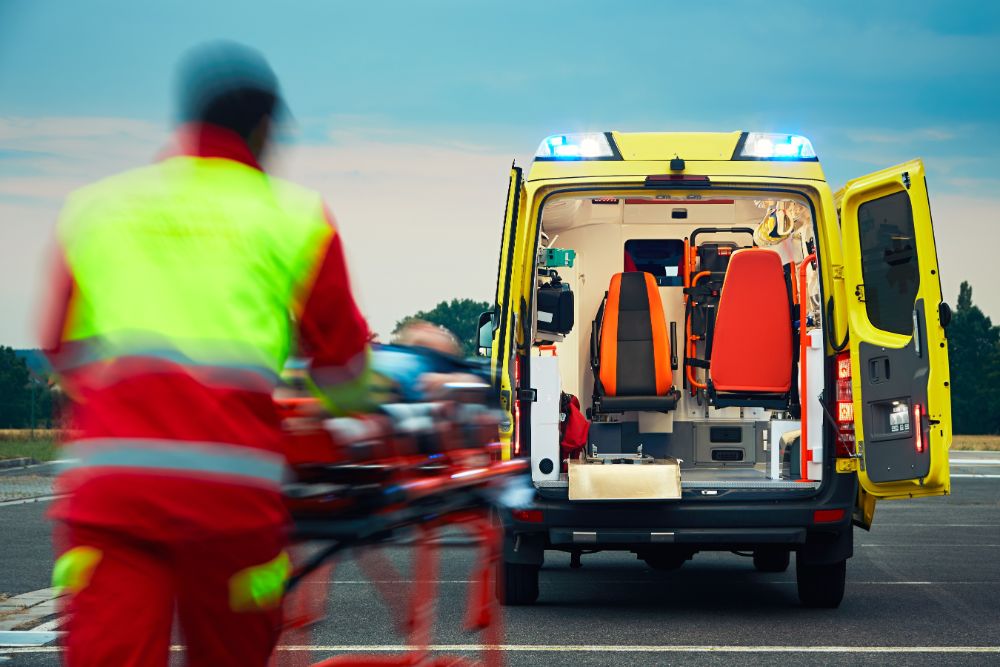 A large proportion of the volunteers who had taken part in the rescue work suffered from moderate or severe stress, according to a survey administered 10 months after the terror attacks.

Around 1,800 individuals who had been involved in rescue work and other forms of aid during and in the aftermath of the attacks responded to the questionnaire. The respondents included rescue workers from five occupational groups, among them health care personnel, as well as unaffiliated volunteers.

– The participation in the rescue work was a burden to many. There was an increase in sick leave, especially among health care personnel and unaffiliated volunteers, says Trond Heir who is a professor at the Adult Psychiatry Unit at the Institute of Clinical Medicine.

Volunteers are more vulnerable to stress and overwhelming impressions

The stress reactions decreased relatively quickly among health care personnel and the other professional rescue workers. However, stress reactions persisted in civilians who had contributed as unaffiliated volunteers.

– In this group, 40 percent were still suffering from moderate to severe stress reactions 10 months after the terror attacks, states Professor Heir.

There are various explanations why health care personnel had better mental health than volunteers had after the terror attacks.

– Health care providers have received training for these kinds of tasks. They have a professional approach, which makes them less vulnerable to stress and overwhelming impressions. Knowing what they need to do, and performing as expected, largely protects them from the experience that something is terrible or hopeless, explains the researcher.

Volunteers, on the other hand, lack the professionalism, training and knowledge that health care personnel have.

– Volunteers can have disturbing thoughts about what they could or should have done to a larger degree than professional rescue workers may have. In a crisis, volunteers will be less protected and more vulnerable. The horror, fear and distress about not doing the right thing or doing something wrong can overwhelm them, says the researcher.

Another reason why health care personnel had better mental health than volunteers is the context within which professional rescue workers operate.

– Belonging to a working environment where you have colleagues and managers who understand what you have taken part in, and where you can experience a sense of community and care, is very different from largely having to deal with what you have gone through on your own, explains Heir.

A good working environment fosters rescue workers’ resilience against severe stress reactions to crises. Since most people spend a lot of their time at work, the working environment has a large impact not just on people’s general well-being, but also on their ability to recover.

– The best thing that one can do after a serious incident in a work situation is therefore to return to work relatively soon after the incident, says the researcher, and continues:

– A prerequisite is, of course, good management and a good working environment. Spending time at work in addition to a gradual increase of tasks will then lead to recovery.

Unaffiliated volunteers who contributed to the rescue work during and in the aftermath of the 22 July terror attacks lack the supportive working environment that health care personnel and other rescue workers may have. Volunteers therefore depend on their social networks, also outside work, to a larger degree.

They will also need recognition and respect for having contributed to the rescue work under extremely challenging conditions.

– Many of Utøya’s neighbours did everything they could to help and assist the victims of the horrible scenario on the island. They need understanding for the fact that this has also hit them hard, and acceptance of their delayed reactions to the traumatic events, Heir says.

Uses the knowledge in teaching

Professor Heir and others use the knowledge about protective and risk factors for rescue workers from the study in the teaching of medical students, health care personnel and other rescue workers.

– The morale is that learning about professionalism and how to act in crises is important, concludes the researcher.