Is there a genetic link between the risk of schizophrenia and the surface of the brain?

The genes that influence the risk of developing schizophrenia appear to be the same genes that affect the thickness and size of the surface of the brain. 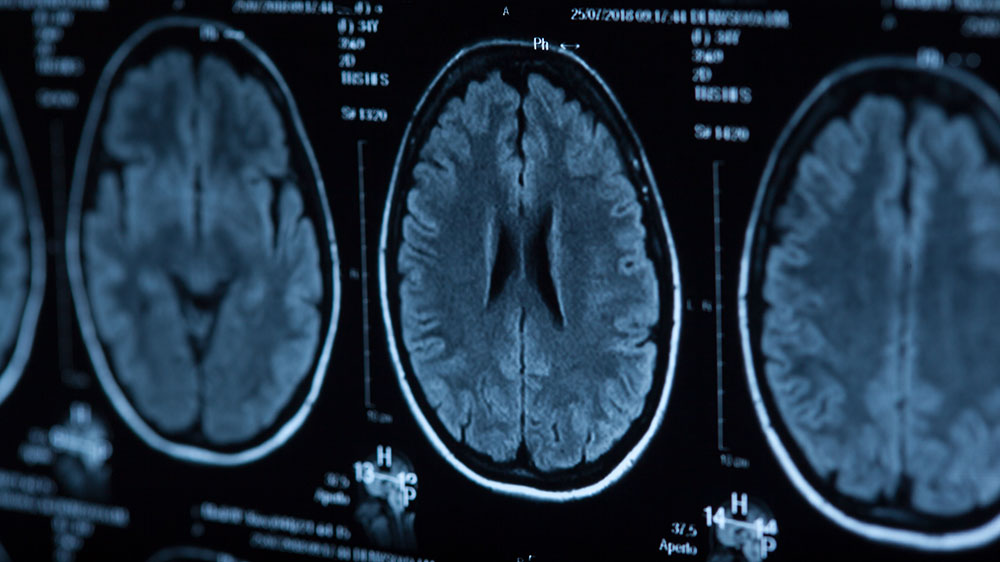 According to a new study from the Norwegian Centre for Mental Disorders Research, NORMENT, there is a genetic link between the risk of schizophrenia and the surface of the brain. The images above of the human brain are taken with neuroimaging techniques. Illustration image: Colourbox.com.

Schizophrenia is a severe brain disorder. It affects about one in a hundred people in their lifetime worldwide. No one knows exactly why some people develop schizophrenia, but it is known that a combination of biological and environmental factors contributes to the disease. Among biological factors, genes play an important role. Twin studies have shown that genetic factors account for about 80 percent of an individual’s risk of developing schizophrenia.

– The results of our study demonstrate that a group of genes that contribute to the risk of schizophrenia also affect the thickness and size of the brain's surface, Weiqiu Cheng says.

She is a Postdoctoral Fellow at the Norwegian Centre for Mental Disorders Research, NORMENT and part of the Scientia Fellows programme at the Faculty of Medicine.

The surface of the brain is the outermost layer of the brain. This layer is called the cerebral cortex, primarily constructed of grey matter. It consists of around 20 billion nerve cells that are tightly packed together. This area is involved in multitudinous high-level brain functions, such as emotion and reasoning.

What do we refer to when we speak about the thickness and size of the surface of the brain?

These characteristics of the brain thus seem to be influenced by a group of genes that also contribute to the risk of schizophrenia.

– In previous studies, researchers found that patients of schizophrenia showed significant differences in the thickness and size of the surface of the brain, compared with healthy people. Our study may provide biological insights into these findings, Cheng says.

For a long time, researchers have tried to find out if there are so-called biomarkers for mental disorders such as schizophrenia. A biomarker for schizophrenia would mean that we could determine someone’s risk of schizophrenia based on one or more measurable biological characteristics.

– Today, it is not possible to determine conclusively whether someone has schizophrenia based on medical examinations. We want to find out if there is a reliable and objective biomarker, i.e., one or more biological characteristics, that are associated with the risk of schizophrenia, Weiqiu Cheng states.

– The thickness and size of the surface of the brain can potentially be such biomarkers.

The findings from the present study may be a small step towards this endeavour.

– The genetic overlap that we found help us understand the genetic relationship between schizophrenia and the thickness and size of the surface of the brain. This may pave the way for future biomarker studies of schizophrenia, Cheng points out.

Researcher Dennis van der Meer also works at NORMENT. He has recently published a study in which he looks at another parameter, namely the folding of the human cerebral cortex measured by sulcal depth.

To explain what sulcal depth means, we must return to the example where we look at the brain as a sheet of paper. When we crumple the sheet like a ball, there will be some folds and bumps. Sulcal depth is the depth of the various folds and bumps of the ball.

van der Meer and colleagues found that sulcal depth is largely determined by our genes.

– This suggests that sulcal depth can be an interesting feature to investigate further. I am very excited about what we may find out in the future, he says, and adds:

– We already found out that some of these genes are also involved in brain disorders, including schizophrenia. This indicates that this under-investigated brain feature can provide many leads on how these disorders come about.

A biomarker can contribute to better prevention, diagnosis and treatment in the future

Today, the schizophrenia diagnosis is given based on systematic interviews and questionnaires.

– Schizophrenia is a highly heterogeneous mental disorder. This means that patients with schizophrenia vary widely in their symptoms, course of illness and outcome, Cheng says.

People with schizophrenia also suffer an increased prevalence of other mental disorders.

– Today’s diagnostic methods are therefore demanding and time-consuming both for patients and for clinicians. If, on the other hand, the diagnosis can be formulated based on a biomarker, linked to, for example, the brain or genes, then it is more objective and less demanding, Weiqiu Cheng explains.

She believes that a biomarker for schizophrenia could also contribute to better prevention and treatment.

Researchers have long believed that there is a genetic link between different structures in the brain and schizophrenia. Nevertheless, the study from NORMENT is the first to be able to prove the genetic overlap.

Cheng and her colleagues at NORMENT therefore chose to use another analytic method than those used in previous studies. In total, they analysed the genes of more than 40,000 people with schizophrenia and almost 65,000 healthy people, through large, European databases. This is how they proved the genetic link.

– I want to continue in this field and believe that genetic studies of this type may ultimately help us understand why some people get schizophrenia and how the disorder develops over time, Weiqiu Cheng concludes.

– We work in a highly complex, but also very promising field. The findings in our studies are all small steps, but it is great to see that we are slowly making solid gains towards identifying the biology underlying brain disorders. They are no longer such a mystery.

Update 7.3.22: It was added that Weiqiu Cheng is part of the Scientia Fellows programme at the Faculty of Medicine.