People who have mild PHPT do most likely not need surgery

It appears unnecessary to perform surgery on patients who have the mild variant of the disease PHPT, where the level of calcium in the blood is only slightly higher than usual. 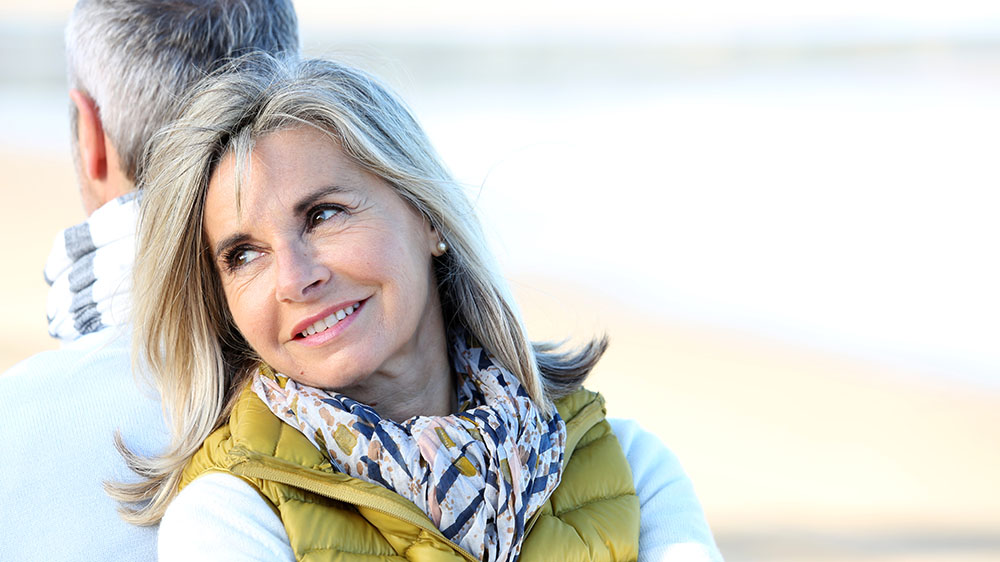 The disease PHPT primarily affects women after menopause. Most people with mild PHPT had good health over a ten-year period, regardless of whether or not the overactive gland had been removed. Illustration image: Colourbox.com

Primary hyperparathyroidism (PHPT) is a disease that causes an increase in the level of calcium in the blood. Calcium is an important mineral in the body, of which there should be neither too much nor too little. Persons who have mild PHPT only have a minor elevation of calcium levels and usually do not have any symptoms.

Four small glands in the neck, called parathyroid, regulate the level of calcium in the blood. In people who have PHPT, one of more of these glands are overactive.

The parathyroid glands secrete the parathyroid hormone PTH. This hormone ensures that calcium is moved from the skeleton to the bloodstream. An overactive gland secretes too much of the hormone, which leads to higher calcium levels.

Common treatment of PHPT has been to remove overactive glands through surgery. The aim has been to reduce the risk of early death and of potentially getting other diseases because of the elevated calcium levels.

However, researchers in Norway, Sweden and Denmark have found that it is not necessary to perform surgery on patients who have the mild variant of the disease, where the calcium level is only slightly higher than usual.

– Our study suggests that it is safe not to remove the overactive glands in patients with mild PHPT, at least over a ten-year perspective, Mikkel Pretorius says.

He is a PhD candidate at the Institute of Clinical Medicine at UiO and senior physician at the Department of Endocrinology, Morbid Obesity and Preventive Medicine at Oslo University Hospital.

In the study, Pretorius and colleagues found out that the vast majority of people with mild PHPT had good health over a ten-year period, regardless of whether or not the overactive gland had been removed.

A few patients with mild PHPT developed other diseases and complications, and a few died during the 10 years duration of the study. This seems, however, unrelated to whether or not the patients underwent surgery. There were no differences on these measures between the two groups.

He is Adjunct Professor at the Institute of Clinical Medicine, UiO and a senior physician at Oslo University Hospital. Professor Bollerslev led the study.

– The study makes us able to give better advice to patients. Patients will also be able to base their choice between surgery and a wait-and-see attitude on more information, Ansgar Heck says.

He is Pretorius' supervisor in the PhD project, researcher and senior physician at the Section for Special Endocrinology at Oslo University Hospital.

Postmenopausal women are most affected by PHPT

PHPT primarily affects women after menopause. Figures from the Scandinavian countries state that two to three out of 100 women in this group have the mild variant of PHPT.

– Mild PHPT is a relatively common condition in this age group. Unfortunately, it is often overlooked in routine health examinations, Bollerslev points out.

PHPT can increase the risk of other diseases

Researchers and professionals in the medical field assume that the disorder in the parathyroid gland and the disease PHPT increases the risk of developing other diseases such as cardiovascular disease, kidney disease and osteoporosis.

Osteoporosis is the same as bone fragility. The disease makes the skeleton weaker and more prone to bone fractures.

The assumed increased risk of getting other diseases is the reason why people often choose to remove the overactive gland. Nevertheless, there is a lack of research documenting the risk.

– In real terms, we do not know whether the assumption of increased morbidity and death is true for people with mild PHPT, Bollerslev explains.

– We also do not know whether the development of disease is connected with the higher calcium levels or the higher levels of the hormone PTH, or both, he adds.

Patients should monitor the calcium level over time

Although patients who have the mild variant of the disease do not appear to need surgery, the healthcare system should ensure that this patient group is followed-up.

– It is important to follow the development of the calcium level and the potential development of other diseases annually. If patients develop osteoporosis, one must decide whether surgery or other treatment is necessary after all, Bollerslev says.

The slightly higher level of calcium in the blood is often discovered by chance in a blood test.

– If we find a higher level of calcium, it is important to examine the patient further to find out whether the patient also has higher levels of the hormone PTH. Because it may be that there is another reason for the higher calcium level, Heck says.

The disease PHPT is much less common among men and among people under the age of 50. There is currently little research on how the disease affects these groups.

– We do not know whether men and younger people who have the disease also have an increased risk of getting other diseases, Bollerslev says.

In severe PHPT, the level of calcium in the blood is much higher and patients usually have symptoms or complications. Surgery is then recommended.

191 patients with mild PHPT participated in the study. All participants were over 50 years of age and had a slightly elevated level of calcium in their blood. The patients had no symptoms or other diseases that could be directly linked to PHPT.

The patients were randomly divided into two groups, where one group underwent surgery and the other group was observed without surgery.

The researchers then followed up the patients in the two groups over a ten-year period in order to compare their state of health and any development of other disease with and without surgery.

– This is the largest and longest lasting randomised study on this common disease. The study also shows that with good Scandinavian cooperation we can answer research questions that are relevant to the rest of the world, Pretorius states.