Morten Schak Nielsen, of Copenhagen University, will give a lecture titled, 'Connexin 43 gap junctions at the nexus of cardiac activation'. 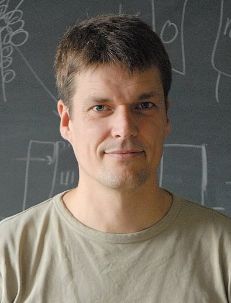 Abstract: Connexin 43 gap junctions at the nexus of cardiac activation

Cardiomyocytes are connected by mechanical and electrical junctions located at the intercalated discs (IDs). Although the ID and its components have long been known, it is becoming increasingly clear that ID proteins interact. The lecture describes the involvement of the ID in cardiac electrical disturbances and focuses on the channel and non-channel functions of the gap junctional protein connexin 43 (Cx43).

Ventricular cardiomyocytes are exclusively coupled by gap junctions composed of Cx43 that allow for coordinated spread of action potentials across the myocardium. During cardiac ischemia, gap junctions uncouple due to a combination of increased calcium, acidosis and Cx43 dephosphorylation, and this uncoupling increases the risk of cardiac arrhythmia. We identified several phosphorylation sites that are regulated during ischemia and one of these, serine 306 (S306), determines the ability of calcium to uncouple Cx43 gap junctions. We hypothesized that S306 phosphorylation is cardioprotective and indeed, mimicking a constitutive phosphorylation by exchaning serine to aspartic acid at S306 reduces the arrhythmia burden and infarct size after ischemia-reperfusion in mice.

In recent years, it has become clear that Cx43 plays important roles beyond its ability to mediate intercellular coupling. Cx43 knock-out or selective removal of its PDZ-binding motif, reduces the membrane localization of the sodium channel NaV1.5, which is responsible for initiation of the cardiac action potential. The C-terminus (CT) of Cx43 participates in the organization of microtubules at the intercalated disc (ID) and thereby regulates the trafficking of the cardiac voltage-gated Na+ channel, NaV1.5. This explains how loss of Cx43 or deletion of its tubulin-binding domain reduce the sodium current, whereas it is less clear why truncation of a PDZ-binding motif of the Cx43-CT has a similar effect. Our novel data shows that the Cx43-CT contains a tubulin-like sequence, which may bind and block the tubulin-binding domain when the PDZ-binding motif is lacking. Similar events may occur when the PDZ-binding domain binds other partners (e.g. ZO-1), thereby regulating transport of NaV1.5 to the ID.

In summary, Cx43 is a multifunctional protein that not only provides electrical coupling for action potential propagation, but also plays an important part in organizing a protein-protein interacting network, which ultimately regulates cardiac excitability.