Professor Bjørn Tore Gjertsen, Professor at the University of Bergen, and Chief Physician at Haukeland University Hospital, recognised for his work with acute myelogenous leukemia, AML. 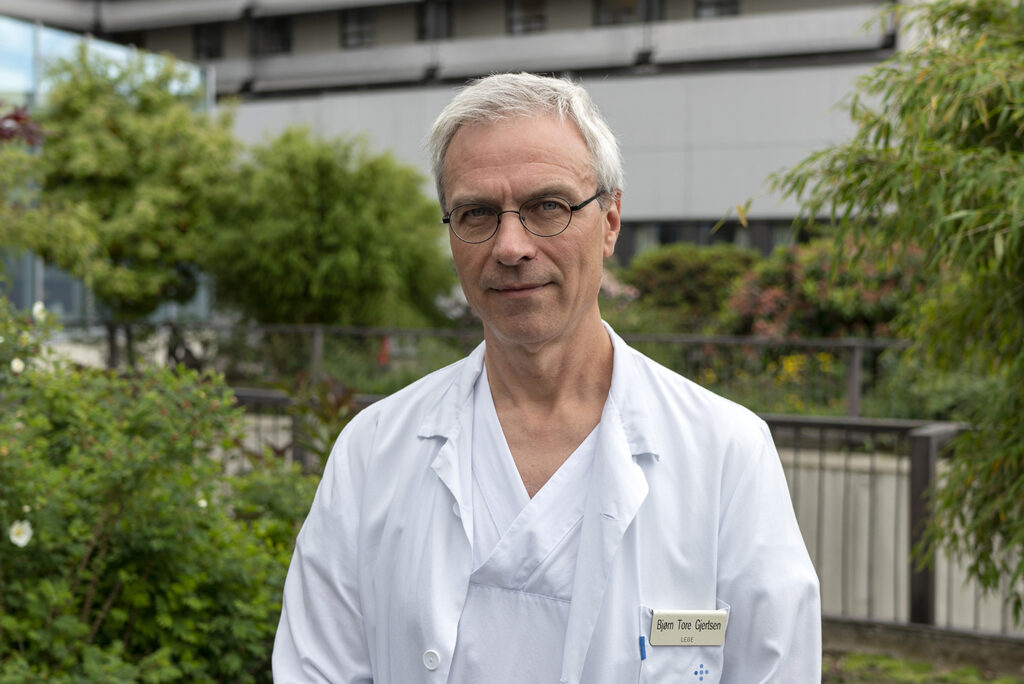 NCMM congratulates Bjørn Tore Gjertsen on being awarded the King Olav V's Prize for Cancer Research 2021 by the Norwegian Cancer Society (Kreftforeningen). The prize is worth 1 million NOK.

Professor Gjertsen is a professor of Haematology at the University of Bergen and a senior consultant at Haukeland University Hospital. His research focuses on acute myelogenous leukaemia, AML, an aggressive blood cancer. He has been awarded the prestigious prize in recognition of his contributions to the research field, and for the benefits he has brought to patients through his research.

Dedication to basic research in the interests of patients

Those nominating Professor Gjertsen for the prize highlighted his ability to combine excellent basic research with innovative patient treatment. He has pioneered the development of “companion research-based diagnostics and therapy” within his field, where advanced functional analyses govern the start and follow-up of specific treatments. This work has mainly been in hematologic oncology, both nationally and with substantial contributions internationally.

Contributions to the Norwegian research environment

Professor Gjertsen's nominators also highlighted his extensive network both nationally and internationally. They also commended his ability to strengthen research communities and his support for the career development of young researchers. NCMM has benefited from Professor Gjertsen's expertise in this way, via his collaborations with the Centre's group leaders through the NCMM Associate Investigator Network, and also through his contributions to the teaching programme of NCMM's national PhD course in Molecular Medicine.

About the King Olav V Prize for Cancer Research

The King Olav V prize is awarded each year to a cancer researcher or a group of researchers who have contributed to promoting the quality and scope of Norwegian cancer research. The nomination committee evaluates the candidates against the following criteria:

HM King Harald will formally award the prize to Professor Gjertsen at a ceremony in the University of Oslo's Aula on 18 October.