Welcome to the next CanCell seminar scheduled for Friday 26th of April at 14:00 hrs. 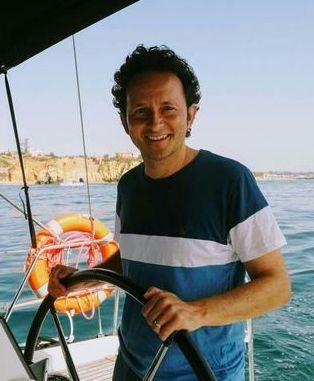 During my talk I will discuss recent results regarding the role of cell competition and cancer. First, I will describe recent progress regarding our studies of cell competition mediated by fitness comparison using dedicated molecules called fitness fingerprints. Cell-fitness comparison is used in Drosophila for detection and elimination of viable but impaired cells, to delay aging and prevent developmental malformations (Merino et al., Cell, 2015; Coelho et al., Cell Rep., 2018). But those benefits come at a cost for the organism, which is to allow tumors to benefit from fitness-based selection (Levayer et al., Nature, 2015). Both in Drosophila and humans, cancer tissue shows increased Win expression and proliferate in presence of Lose-expressing stroma, this allows cancer to gain competitive growth. Flower inhibition reduces tumor growth, metastasis and provides chemo-sensitization. Our results illustrate how ancient mechanisms of cell recognition and selection are not only active in Drosophila, but also in humans, and impact oncogenic growth.

Secondly, I will discuss a different type of oncogene induced competition called mechanical supercompetition (Levayer et al., Curr. Bio., 2015; Moreno et al., Curr. Bio., 2019). Mechanical supercompetition occurs in tissues with limited space where a clone of fast growing cells induces compression in the surrounding tissue. Compressive forces trigger caspase activation and cell death. In particular, we find that the activation of the oncogene Ras in clones can downregulate ERK and activate apoptosis in the neighboring cells through their compaction, which eventually contributes to Ras clone expansion. The mechanical modulation of EGFR/ERK during growth-mediated competition for space contributes to tumor progression and tissue destruction.

Abstract: Lumen formation is an essential process for the development of most organs, contributing to structural organization during tubulogenesis.  We are interested in how lumens form, and what determines the formation of a single lumen. Using an organoid model, we have identified novel regulators of these processes, identifying the signaling cascades that they regulate. Since these genes are tumour suppressors, these results are especially interesting since their expression is lost in a variety of cancers. We suggest that the loss of these regulators contributes to epithelial abnormalities observed in epithelial cancers.