Using low sun protection factor may increase the risk of melanoma. Cutaneous melanoma is one of the most rapidly increasing cancers in Norway and is becoming a major public health challenge. 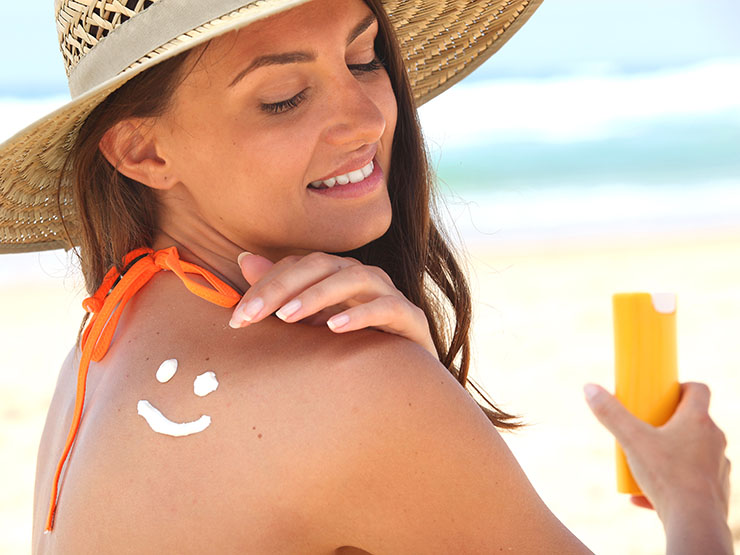 A large study published by the Department of Biostatistics at the University of Oslo in the highly ranked Journal of Clinical Oncology found that using high factor sunscreen compared with low factor sunscreen can decrease the risk of melanoma by 33%.

Using sunscreen does not guarantee protection

The Department of Biostatistics with the Faculty of Medicine at the University of Oslo have found that sunscreen with an adequate factor can reduce the risk of melanoma by over 30 percent compared with low factor sunscreen.

Melanoma is the cancer with the strongest increase in incidence in the last decade, and the incidence rates have never been as high as in 2014. Now there are about 2,000 new cases of melanoma each year in Norway.

The paradox of sunscreen use

- The explanation for this paradox is that some people use sunscreen to prolong sun exposure and acquire suntan. Moreover, many people don’t apply the proper amount of sunscreen, forget to reapply and missed to apply on all exposed areas resulting in sunburn and increased risk of melanoma.

Reza Ghiasvand is a PhD candidate at The Department of Biostatistics and a member of the research group "Epidemiological Studies of Lifestyle and Chronic Diseases".

- We found that those who used sunscreen with a factor higher than 15 had a 33% lower risk of melanoma compared with those using sunscreen with a low factor. Reza Ghiasvand has gained access to data from the NOWAC study merged with data from the Cancer Registry of Norway. The study followed over 140,000 Norwegian women for an average of ten years.

This is the largest epidemiological study on sunscreen use and the first study investigating the effect of SPF among Northern European women. The study is conducted by the Department of Biostatistics at the Institute of Medical Sciences in collaboration with researchers from the University of Tromsø, the Cancer Registry of Norway and the Queensland Institute of Medical Research in Australia. The study is funded by the Norwegian Extra Foundation for Health and Rehabilitation and the Norwegian Cancer Society.