New research is revealing bacteria's internal struggle for power. The result may be better vaccines. 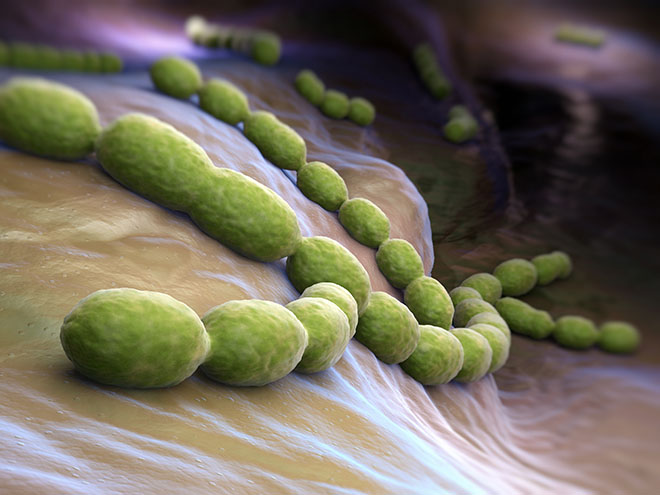 Streptococcus pneumoniae is the main cause of pneumonia in humans, but may also cause other infections. Illustration: Colourbox

We are constantly being attacked by bacteria, but our immune systems are well-trained in defending us. Some of the illnesses we contract are caused by unfamiliar bacteria and it is here that vaccines can come to our aid; they can train our immune system to defend itself against new bacteria. The problem is that bacteria are always trying to change and when they succeed vaccines can stop working. We cannot develop vaccines before we have known instances of illness due to a strain of a bacterium. In other words, we are always one step behind in the race between bacteria and us.

"In the long term we need to develop vaccines that are more durable, and that is precisely what we have been researching," said Jukka Corander, a professor in the Department of Biostatistics at the Institute of Basic Medical Sciences.

Bacteria adapt and develop depending on the countermeasures our immune systems deploy. Over time, families of different bacteria develop and each family develops different properties that afford it advantages in the fight for resources. Until recently it was believed that this took place through mutations in the core genome, but new access to the full gene set of various bacteria is now providing us with opportunities to study this internal power struggle more closely.

Professor Jukka Corander (Institute of Basic Medical Sciences, UiO) and Dr. Nicholas Croucher (Imperial College London) have discovered a method that gives us a slight head start in the race Using advanced statistics they have managed to reproduce the competition between pneumococcal bacteria. They can predict which families of bacteria will probably triumph and may cause the next round of pneumonia.

In his latest article, Jukka Corander and his colleagues have shown that pneumococci develop via something called frequency-dependent selection.

In other words, it is how common some exchangeable genes in the chromosome are that determines development rather than mutations in the core genome. Not all members of a population will have these genes and that is what gives them their strength – meaning, the advantage for the population as a whole is inversely proportional to how common these genes are."

A question of probability

In their new project, Corander and Croucher have analysed DNA collected over four years in many different countries. This provided them with a wide variety of different pneumococcal populations. The results showed that the selective pressure on the different populations was probably fairly equal around the world since the variation in genes was fairly similar in all of the populations.

This enabled them to construct a data simulation model that builds on Corander's earlier work. The model is able to accurately predict which bacterial lineages would increase in frequency and which would die out due to different vaccination programmes.

"A better understanding of what makes some bacterial species so complex is crucial when it comes to making better decisions about how we can minimise the diseases they cause," said Croucher to the Sanger Institute.

The selection mechanism they have discovered would normally act as a brake on the effect of a vaccine, but now that we know about it we can develop new vaccines that take it into account and that will weaken less.

"The finding gives us a deeper understanding of how the immune response and the competition between bacterial lineages function at a population level. This gives us an opportunity to develop totally new and better vaccines in the future," said Jukka Corander to NRK.

Medicine (in Norwegian only)