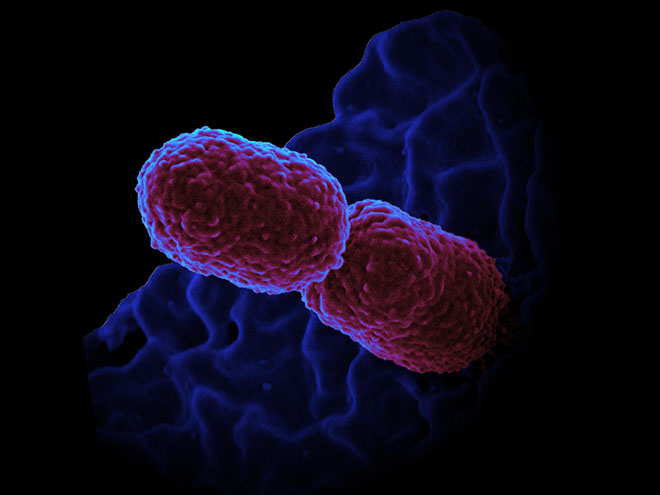 World Health Organization has recently set up multi-resistant bacteria as one of the worst threats to humanity. Researchers worldwide are working to find new solutions on what to do when the medications we know today don't work anymore.

Researchers at The Institute of Basic of Medical Sciences at the University of Oslo may have solved the problem by using statistics to tailor new medicines.

Large datasets containing the entire genomes of many of the most well known pathogenic bacteria, make it possible to study variations throughout the genome as a whole. This gives researchers new opportunities to study how bacteria evolve, but the amount of information that must be processed is enormous.

Jukka Corander's research group has developed a statistical method that makes it possible to examine all the possible mutations that may occur, as a whole. The new method calculates the strength of connections between all different mutations as they occur naturally. Corander explains this by comparing it with a lottery.

– You can imagine that each mutation is the result of a lottery and that to survive you have to win hundreds of thousands of lotteries in a series.

The new method estimates all possible outcomes of all these lotteries and predicts the winning outcome. Furthermore, it figures out the relationships between all the winning tickets of all the lotteries.

The amount of outcomes and relationships that must be estimated is several times larger than the number of people on earth.

When they tested the method on two of the world's largest collections of bacterial genomes from major human pathogens they discovered a whole range of relationships between different antibiotic-resistance genes and between different basic functions in the bacterial cells. They hope that this will make it possible to tailor precision drugs that can reduce the problem of the spreading resistant bacteria.

The breakthrough came at the Oslo Centre for Biostatistics and Epidemiology (OCBE) in collaboration with the Sanger Institute in England, and was published in PLoS Genetics earlier this month.

In their study genomes from pneumococcal and streptococcal bacteria were analyzed with the new statistical model that Corander's research group has developed. The model can reveal the limitations of all mutations that can occur in any given genome of bacteria, just as it occurs naturally in the population.

The method has already discovered a whole range of previously unknown interactions between mutations in these bacteria.

By combining this new information with molecular medicine, scientists could now identify specific molecular compositions that attack these bacteria and exploit these mutations to destroy their ability to reproduce themselves.

To day many of the antibiotics we use targets generic groups of bacteria, or all bacteria, at the same time, causing a number of unwanted side effects. Since the mutation interaction effects found are mostly specific to just the considered bacterial species, only these bacteria will be affected by any medication developed using such an approach. This way a new antibiotic based on this technology would unlikely affect other bacteria, which acts as a barrier to development and spread of resistance.

The method was first described in an article published in Nature