Women have healthier fat than men

Women's fat has a more active metabolism, but this effect disappears later in life. 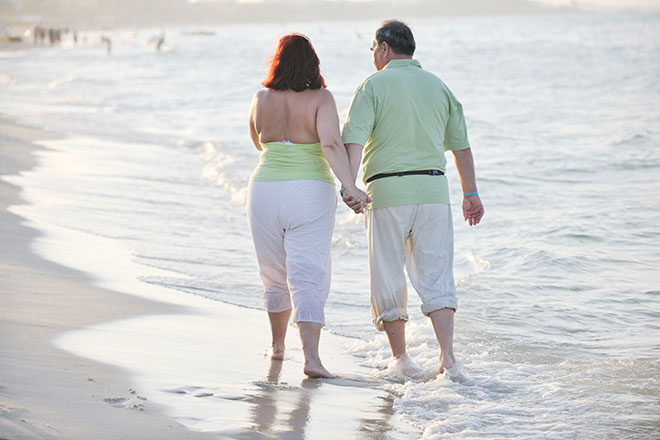 Although healthy women generally have a higher body fat percentage than men, they have a lower incidence of type 2 diabetes and some other diseases often associated with obesity.  Men store fat around their stomach, while women store fat on their hips and thighs.  This may explain why having a little body fat is less harmful to women.

A new study shows that a complex interaction between genes and hormones is another reason why women's fatty tissue is generally healthier than men's.

“Women’s fatty tissue is generally healthier than the fatty tissue in men.  The results of the studies have shown this,” says researcher Frode Norheim.

The metabolism in our fat cells is the key

“Women's fatty tissue contains more mitochondria compared to men.  What’s more, they have the potential to be more metabolically active and so they burn more energy,” he explains.  In addition, insulin works better in women.  Mitochondria are the small energy producers found in large numbers inside all our cells. They are often known as the cells' powerhouses.

“The finding that women have more mitochondria than men is based on research into the expression of genes that encode mitochondria.  The sex hormone oestrogen appears to be part of the reason for the difference,” explains Norheim.
During menopause, the production of oestrogen will decline in women, which will diminish its protective effect.

Genes have different effects on obesity

Norheim and colleagues wanted to find out if genes and other aspects of fatty tissue could explain why women can be protected from a wide range of metabolic diseases.  Norheim therefore examined 100 mouse strains. This part of the research took place during his three-year stay at UCLA.

“One of the genes studied in detail was Lyplal1. This gene was removed from female mice, which were then given a high fat and sugar diet.  They gained more weight than female mice that also had an unhealthy diet but had the gene intact,” he says.

However, the same effect of Lyplal1 on overweight was not seen in male mice.  In humans, Lyplal1 has previously been thought to have a greater effect on overweight in women than men.  This suggestion was based on so-called genome-wide association studies (GWAS), which examine the effect of genetic variants in thousands of people.

Both men and women must be researched

“Traditional basic research on mice uses only male mice and the same mouse strain each time.  Including females in basic research is important to understand women's health and develop medicines that can be just as effective for women as for men,” says Norheim.

The study was conducted by researcher Frode Norheim of the Institute of Basic Medical Sciences together with researchers at UCLA (University of California, Los Angeles).

The study was recently published in the journal Cell Metabolism.