Vaccines can be far more targeted and effective than they are today. A new method will allow us to develop new vaccines more cheaply and efficiently and perhaps get one step ahead of bacteria. 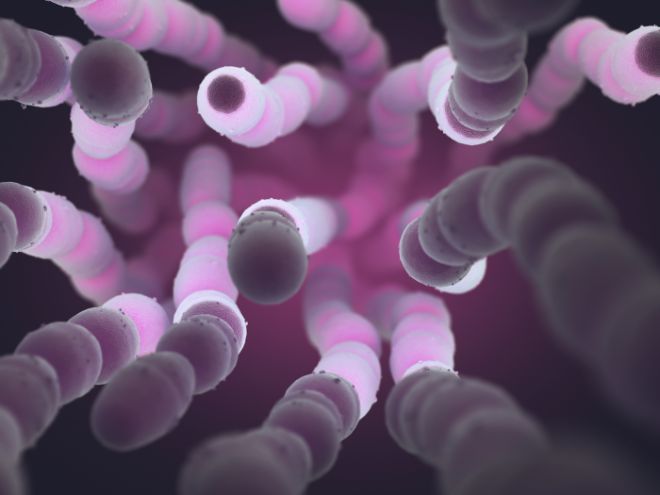 Bacteria keep evolving continuously and we must therefore constantly develop new vaccines and antibiotics to keep them in check.

- Our research team has analysed large amounts of data about bacterial carriage, disease and genomes from different geographical areas. With the help of computational predictive modeling, we have been able to generate models for producing tailor-made vaccines instead of the “one-size fits all” vaccines we have now, says professor Jukka Corander at the University of Oslo.

The research team consisting of professor Caroline Colijn from Simon Fraser University, Jukka Corander and Dr. Nicholas J Croucher from Imperial College London collected extensive data from genome studies of the pneumococcus and collated this with statistics on how the disease progressed in those cases with serious infections.

Using powerful computer models and high-performance computing, the team could test how different types of new vaccines would likely work and discover what effects they would have, not just on the infected individuals but also on the bacterial population as a whole.

Invasive pneumococcal disease as an example

It was the pneumococcal bacterium that was studied by the team (Streptococcus pneumoniae). Health workers and researchers are well acquainted with this bacterium, which is a main world-wide cause of pneumonia, sepsis and meningitis. There are therefore large amounts of epidemiological data available for the pneumococcus.

The researchers had access to genomic health data from carriage surveillance and from epidemiological surveys, in other words, pathogenic data from many different patients and also from studies on healthy carriers of disease. In this way, they could compile a model for how the bacterial population would respond to any particular vaccination campaign.

- Our research clearly shows that it is important to take into account the bacterial strains present in a population when developing new vaccines. There are major differences between countries and therefore the effectiveness of one vaccine will vary greatly from country to country, explains professor Corander.

The advent of cheap DNA sequencing has brought an opportunity to do large-scale genomic public health surveillance for pathogenic bacteria.    . This in turn provides new opportunities for predicting what will happen if changes are made to the bacterial population, for example through vaccination. This paves the way to new approaches to developing vaccines and novel tools for future research into vaccines. This can accelerate the development process to lower the costs and will help us to tailor vaccines to specific populations to make them more effective.

Reduction in the use of antibiotics and fewer resistant bacteria

Better vaccines can help us to reduce the use of antibiotics. In other words, if you are vaccinated and therefore do not transmit the bacterium forward in the host population and also do not fall ill, you will not need antibiotics for this particular type of an infection. And when many people in a community are vaccinated, the bacterium can no longer spread, resulting in the so called herd immunity. It can be difficult to measure the health benefits of this accurately, but society definitely benefits from a lower rate of sick leave and a lower demand on health services.

Since we know that the overuse of antibiotics is the main reason why bacteria become resistant, herd immunity through vaccination greatly benefits the few who do fall ill because the danger of resistance is greatly reduced.

Effective vaccines are one of the most important tools society has to combat life-threatening and debilitating diseases. All over the world, there is a rapidly increasing crisis of resistance to antibiotics. This means that in many cases of disease, antibiotics will no longer work and an increasing number of patients with infectious diseases will have limited or no means of being cured.

- Bacteria evolve continuously and many different variants of pneumococcus are in the circulation. Even in different age groups within the same population, we found variations indicating that a specific vaccine will be effective to varying degrees in the different age groups, says Corander.

The results of this research can provide health authorities in many countries with a better means of assessing costs: whether they should use an existing vaccine developed for a population group different to their own, or whether it would be more worthwhile to consider a new vaccine which is tailor-made for the population in question. The choice can then be based on genomic surveillance data from the national population.

- The solution we are proposing makes it possible to take the experiences gained by high-income countries and use this knowledge to fight disease in countries where the burden is far higher.

Jukka Corander now leads a project where the aim is to extend their research to cover other pathogenic bacteria such as E. coli, which is one of the main causes of bacteria in the blood, otherwise known as bacteraemia.

Multi-resistant E. coli bacteria are first on WHO’s list of critical bacteria on which researchers and clinicians should focus the most attention, since they are well on the way to becoming pan-resistant to all existing forms of antibiotics.