Grid cells are the brain’s GPS system. But do they use brain waves to gather information about speed and direction? Researchers at the University of Oslo resolved the question. 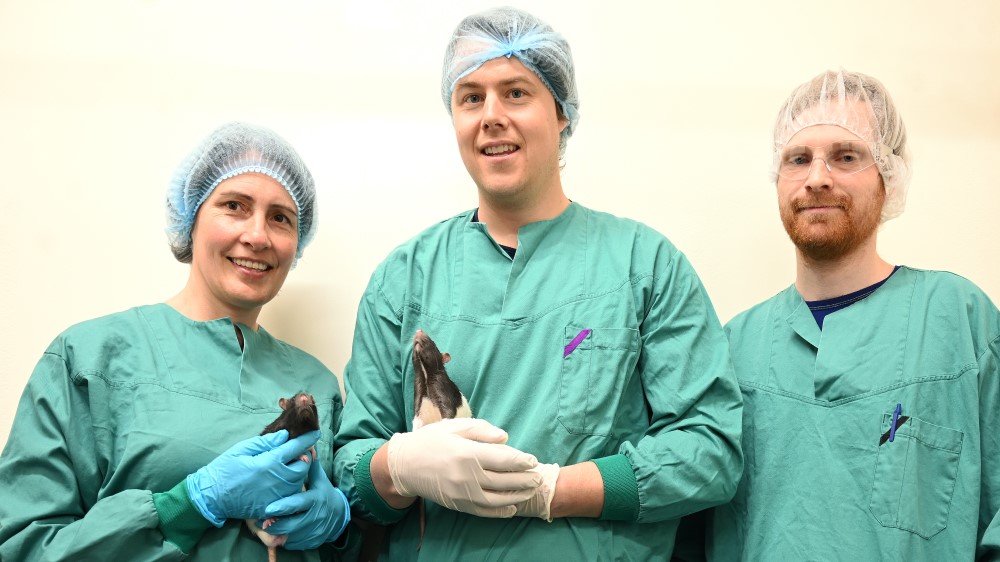 Part of the research team behind the new study on whether brain waves provide the brain’s GPS system with information about speed and direction. From the left, Professor Marianne Fyhn, Mikkel Elle Lepperød and Kristian K. Lensjø, all at the University of Oslo. Photo: Ola Sæther, Ui

In order to navigate at sea or just to your front door, you have to keep track of direction, speed and distance. Grid cells acquire continuous information about the direction and speed at which you move in space. Using this information, the cells create a type of map in your brain. But how do the grid cells generate this map?

“One of the theories proposed is that rhythmic brain waves carry information about speed and direction. In a previous study, researchers sedated an area of the brain that caused a certain type of brain waves to disappear. Consequently, the grid cell pattern also disappeared. The ‘map’ disappeared. We now wanted to find out if this was due to the distortion of the brain waves, or a side-effect because of other changes in the network in other places in the brain”, says Torkel Hafting.

He is an associate professor and researcher at the Institute of Basic Medical Sciences and the Centre for Integrative Neuroplasticity (CINPLA) at the University of Oslo.

In order to control brain cell activity, they inserted molecular ‘light switches’ into the cell membrane of specific brain cells in rats. By sending small pulses of laser light into the brain, they were able to control the brain waves. Brain waves occur when many brain cells are in rhythmic activity simultaneously. Using laser light, the researchers disrupted the normal brain waves.

During the experiment, the rats moved around searching for food in a box, connected to the recording system through thin cables from the ceiling.

“As a result, we could use laser light to create faster brain waves than those found naturally in a rat’s brain. At the same time, we recorded grid cell activity. The rats’ behaviour was not affected. Even when the brain waves were increased to a frequency that was more than three times the normal level, it had no effect on the pattern of the grid cells. The result was absolutely striking”, says Mikkel Lepperød the principal author of the article published in Science Advances on May 5th.

This suggests that brain waves are not used by the grid cells to obtain information about speed or direction.

Hafting and the team actually expected much bigger changes to occur.

Other studies that have focused on brain waves in the temporal lobe have shown that certain forms of learning and memory are disrupted when the brain waves are changed.
“In other words, it is likely that brain waves are important for the information sent between grid cells and other areas of the brain. This remains to be tested in future studies”, says Lepperød.

The researchers now have to put their thinking caps back on. Grid cells are some of the first things to be damaged when people develop Alzheimer’s disease, and this research may therefore be important in order to understand these types of brain diseases.