A blood protein can reduce brain damage after a stroke

If you have a stroke, the protein FSAP may help to reduce the extent of paralyses and problems with speech. 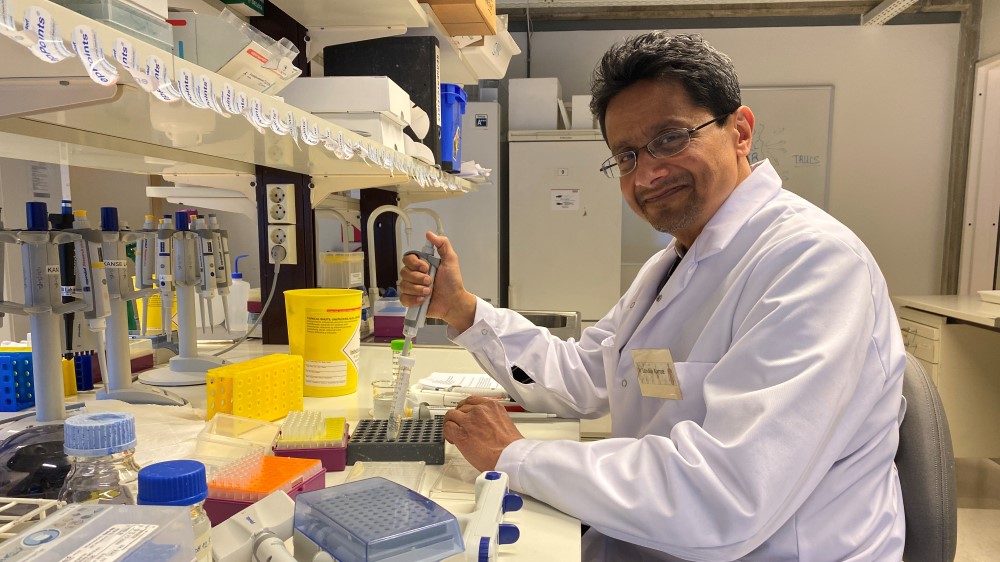 Every year, about 12 million people suffer from a stroke worldwide. A stroke occurs suddenly and is caused by, either, a blood clot or a brain haemorrhage.

– Those who survive, often sustain life-changing brain damage. In addition to the cost in human suffering, caring for these patients is very expensive for health care systems. It is therefore important that we find treatments that can be applied immediately after a stroke. For every minute that is lost, more of the brain is damaged, says professor Sandip Kanse.

He conducts research on a protein called FSAP at the Institute of Basic Medical Studies in the University of Oslo.

Scientists had already discovered that the amount of FSAP in the blood of patients increases after a stroke. Some people have a gene-mutation that causes them to have less FSAP, and this puts them at a higher risk of having a stroke.

– Therefore, in theory, FSAP is beneficial for stroke patients. So, we wanted to investigate whether FSAP could be used as a treatment for stroke, says Kanse.

Kanse and his team carried out experiments on mice whereby they removed the gene responsible for the production of FSAP from some of the mice. A stroke was then induced in the mice.

– The mice that had had their FSAP gene removed suffered more brain damage than the normal mice. This shows that the FSAP-gene is important for the protecting the brain. We then tested what would happened if we treated the mice with FSAP-protein after a stroke. Our results show that their condition improved dramatically, explains Kanse.

Simultaneous treatment with TPA and FSAP

The next step was to give the mice FSAP together with the standard drug TPA. The researchers wanted to find out whether FSAP could enhance the effect of the TPA treatment.

The findings were promising and show that treatment combining TPA and FSAP had a better effect than TPA alone. This study was recently published in the FASEB Journal.

The current treatment, TPA, works only in a third of stroke patients

TPA has several shortcomings, it can dissolve blood clots in the brain, but it only works in a third of all patients. TPA must also be administered within 4.5 hours after the stroke – after this time limit, it can cause damage to the brain. In 10% of patients, TPA causes severe bleeding in the brain.

– In other words, only 30% of stroke patients improve when given TPA. The alternative to this treatment is surgery, which requires instruments that can “look into” the brain and remove the blood clot via a catheter. Not all hospitals have equipment of this kind, so it is not always possible to carry out this type of surgery. Therefore there is a need to find alternative ways of treating strokes, says Professor Kanse.

Ideally, the diagnosis and treatment should start in the ambulance

Scientists at UiO have now also developed an agent that can stimulate the body to produce more active FSAP. It is easier to develop such an agent than to produce FSAP itself. An article on this research project was recently published in ACS Chem Biol.

– We now need more research to find out if triggering the production of active FSAP will work as a treatment for stroke or not. Ideally, the diagnosis and treatment should start immediately in the ambulance itself, says Kanse.