- We need to focus on cholesterol levels even in childhood

Today, the main focus is on lowering high cholesterol levels in adults in order to prevent atherosclerosis. But then it is already too late - we should start focusing on lowering cholesterol in childhood, suggests professor Kirsten Holven. 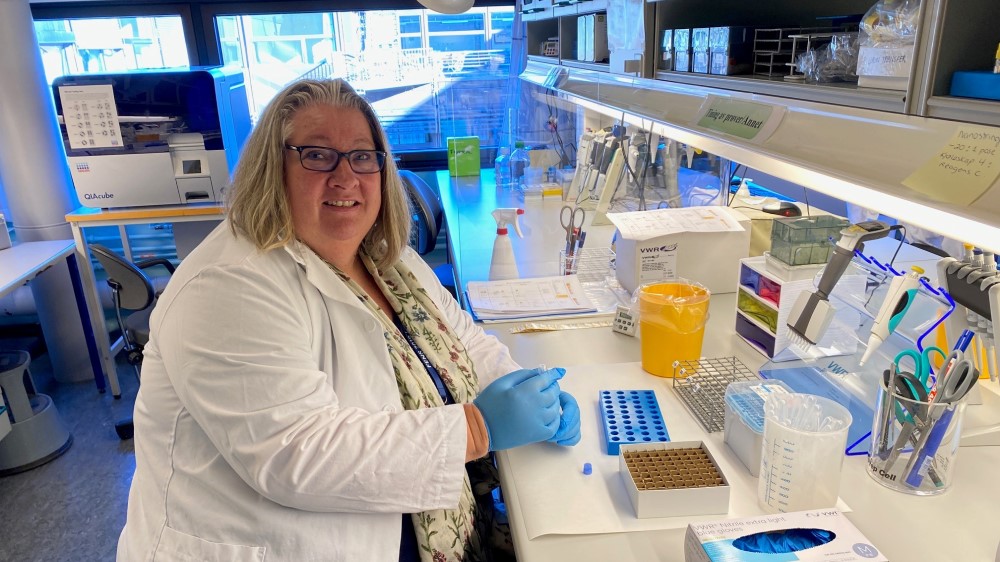 Professor Kirsten Holven says that in recent years, more and more research has shown that it is the life-long burden of cholesterol that affects the development of atherosclerosis. (Photo: Cecilie Bakken Høstmark, UiO)

Kirsten Holven, professor at the Department of Nutrition, has received funding in the order  of several million kroners from the Throne Holst Foundation. She is to carry out research on how cholesterol-lowering and diet affects the interaction between cholesterol and inflammation and how the body then “remembers” this through life.

She will study the effect of these mechanisms on the development of atherosclerosis, i.e. the narrowing of the blood vessels due to the build up of plaque inside them.

And Holven’s issues a clear warning: we start the process of prevention too late, when the narrowing of arteries is already too far advanced.

– If we turn our attention to this problem when people are young, we would be able to slow down atherosclerosis significantly and achieve greater positive effects. In recent years, more and more research has shown that it is the life-long burden of cholesterol that affects the development of atherosclerosis, she says.

In other words, a large amount of this cholesterol builds up during childhood and adolescence.

– Cholesterol levels are currently only monitored from adulthood, perhaps first in your forties. By this time, atherosclerosis is already advanced and it is difficult to reverse it completely, explains the professor.

What you eat as a child can therefore have a large effect on whether you will need  to take medication in your fifties in order to combat high cholesterol.

– Parents can make healthier choices when it comes to the diet they give to their children while growing up. Only relatively small changes in the level of cholesterol are needed if started early, says Holven, who advocates that parents should know the level of their children’s cholesterol.

Children with more signs of atherosclerosis

The development of atherosclerosis is driven by the interaction between cholesterol and inflammatory substances. If the level of cholesterol in your blood is too high, this is usually the result of your lifestyle. However, some people may have hereditary high cholesterol, called hypercholesterolemia.

Holven points out that we now have good, well-documented, national dietary recommendations on how to eat in order to prevent disease.

– If you follow these guidelines, it will put your cholesterol on the right track. You can easily improve your level of cholesterol by changing your diet. For example, you can reduce the amount of saturated fat in your food and replace it with unsaturated fat.

Large repercussions for the economy

– Preventive measures that can reduce these costs will therefore bring major benefits to national economies, she says.

One of these involves studies of children, adolescents and adults and is led by professor Kristen Holven. In addition, there are studies of animals and cells, where key researchers are professor Bente Halvorsen, professor Jason Matthews and associate professor Knut Tomas Dalen and professor Stine Ulven.