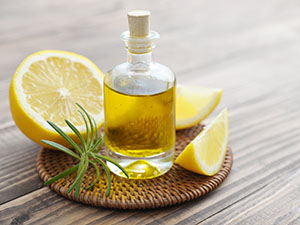 An unhealthy diet is a major risk factor for cardiovascular disease (CVD), the main cause of death worldwide. Atherosclerosis, the underlying cause of most CVDs, is characterized by accumulation of cholesterol-rich particles, including LDL, in the artery walls. Replacing dietary saturated fat (SFA) with polyunsaturated fat (PUFA) reduces LDL-cholesterol, however, the extent of food changes needed to achieve these effects is less explored. Furthermore, we lack a complete understanding of the physiologic alterations that occur when improving dietary fat quality.

The overall aim of the NoMa study was to study the effect of intake of commercially available food products, in which SFA had been replaced by PUFA, on lipid profile. Moreover, we wanted to gain insight into the molecular mechanisms of the cholesterol-lowering effect of replacing SFA with PUFA in humans by analyzing gene expression in immune cells and blood metabolomics.

The replacement of food items rich in saturated fat for food items rich in polyunsaturated fat reduced total cholesterol and LDL-cholesterolInolIn the NoMa study, 240 subjects visited the study center and were screened for eligibility in 2012-2014. In total 115 participants with moderately elevated cholesterol levels were randomly allocated into two groups; one control group and experimental group. In total 99 participants completed the 8-week study. The experimental group received food items, such as mayonnaise, cheese and liver pâté, where SFA had been replaced with PUFA. The control group received similar food items with a higher content of SFA and a lower content of PUFA. These food items were included in the participants’ diet during an 8-week period. We found that replacing SFA with PUFA for 8 weeks reduced total cholesterol by 11 % and LDL-cholesterol by 9 %. This reduction in cholesterol translates to approximately a 30% reduced CVD risk.

Replacing SFA with PUFA for 8 weeks altered gene expression in immune cells as well as several metabolites measured in blood. Firstly, we found that lipoprotein particles carrying cholesterol in the blood stream and metabolites that are associated with CVD risk were reduced after intake of the experimental diet. In immune cells, the expression of genes involved in lipid and cholesterol metabolism and inflammation were altered by the intervention. In conclusion, metabolic profiling revealed metabolites and processes that were altered after replacing SFA with PUFA and increased our knowledge of the biological effect of fat quality.

In this study, we combined screening data from the NoMa study with screening data from the “Krill and Fish study” to investigate associations between intake of fatty fish and lipoprotein subclass profiles and other metabolites measured with NMR spectroscopy. We categorized participants into high fatty fish consumers and low fatty fish consumers, with a median intake of fatty fish of 294 g/week and 58 g/week, respectively. High-consumers had higher concentration of HDL particles, the particles carrying the “good” cholesterol, as well as lipids within these particles than low-consumers of fatty fish. In addition, they had a more anti-inflammatory profile. In conclusion, these findings support the Norwegian dietary recommendation of a weekly intake of 300-450 g fish per week, including at least 200 g of fatty fish.