Cand.med. Siri Opsahl Hetlevik at the Institute of Clinical Medicine will be defending the thesis “Long-term outcome and clinical manifestations in juvenile-onset mixed connective tissue disease” for the degree of PhD. 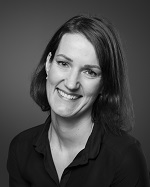 Mixed connective tissue disease (MCTD) is a rare connective tissue disease characterized by the presence of anti-U1 RNP autoantibodies, Raynaud phenomenon and symptoms and findings such as puffy hands, arthritis, myositis, interstitial lung disease (ILD) and sclerodactyly. Disease onset during childhood occurs in about 7-23% of all cases, and data on juvenile onset MCTD (JMCTD) are scarce.

The aim of this study was to describe clinical manifestations and long-term outcome in JMCTD, with special regards to pulmonary and cardiac outcome in a cohort thought to be representative of patients in Norway.

Out of 52 examined patients with the diagnosis, we found persistently active disease in 67% after mean 16 years disease duration. A positive rheumatoid factor at time of diagnosis was a predictor for ongoing active disease. During the disease course, all patients exhibited anit-U1 RNP antibodies and Raynaud phenomenon. Other common manifestations were arthritis (94%), puffy hands (77%) and pulmonary manifestations (58%).

Mortality was 5.1%; standard mortality ratio was not increased compared to the general population. Only 3% of patients had PH, a feared complication of the disease. Compared to a control group, the patients had reduced lung function, and 27% had interstitial lung disease shown on high resolution CT. Lung function decreased over 10 years, but the ILD did not progress. The patients also had impaired left- and right ventricular function. Cardiac dysfunction was associated with high disease activity and longer treatment with prednisolone. This study gives valuable information to treating physicians and patients regarding long-term outcome and prognosis in JMCTD.