Cand.med. Kristin Marie Kvakkestad at Institute of Clinical Medicine will be defending the thesis Survival after acute myocardial infarction, with emphasis on elderly, women and patients with out-of-hospital cardiac arrest. Results from the Oslo University Hospital Ulleval Myocardial Infarction Registry for the degree of PhD. 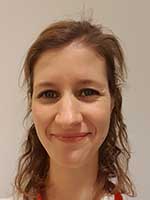 Professor Kåre I. Birkeland, Faculty of Medicine, University of Oslo

Mortality after acute myocardial infarction (AMI) has declined dramatically in Norway and the industrialised world since the 1990. However, long-term survival is sparsely documented in elderly and patients with out-of-hospital cardiac arrest (OHCA). Gender differences in long-term causes of death after AMI are unknown.

The aims of this thesis were to study short- and long-term survival among elderly patients with ST-segment elevation myocardial infarction (STEMI) and with non-STEMI (NSTEMI) treated with an invasive or a conservative strategy, among AMI patients with and without OHCA, and to investigate gender differences in long-term risk of all-cause, cardiovascular- and cancer death. Registry data from a tertiary hospital performing cardiac catheterisations with >10.000 AMI admissions during 2005-2011, were linked to data from the Norwegian cause of death registry.

Among STEMI patients ≥80 years, in-hospital mortality was 17%, and 52% were alive after three years. Adjusted risk of in-hospital and long-term mortality was 2.6 and 4.0 times higher, respectively, compared to younger patients.

An invasive strategy was used in 58% of 2064 NSTEMI patients ≥75 years, while 42% were treated conservatively. The treatment decision was at the responsible physician's discretion. Short-term mortality was lower in the invasively treated patients. After 30 days, 7-year survival was 47% compared to 12% in conservatively treated. An invasive strategy was associated with 50% reduced long-term risk.

Women with AMI (30%) were older, but had similar (STEMI) or lower (NSTEMI) age-adjusted long-term mortality risk, compared to men. During 5-year follow-up, cardiovascular disease was the leading cause of death. There were no gender differences in age-adjusted risk of cardiovascular nor cancer death.

Patients with AMI and OHCA had an 8-year survival of 49%. Short-term mortality was high, but after 30 days, long-term adjusted risk was similar as in AMI patients without OHCA.