Cand.med. Mikkel Torp Steinberg at Institute of Clinical Medicine will be defending the thesis "The impact of chest compressions on defibrillation success during out-of-hospital cardiac arrest and haemodynamics in an experimental animal model" for the degree of PhD. 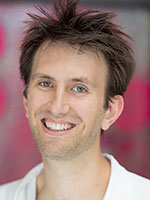 When a cardiac rhythm was confirmed shockable early in the CPR cycle, it stayed shockable after a period of chest compressions in the great majority of instances, but some patients regained spontaneous circulation. If one were to not reverify a shockable rhythm before defibrillation one poses the risk of shocking a beating heart back to cardiac arrest.