MSc Peter Andreas Wold Eide at Institute of Clinical Medicine will be defending the thesis "Colorectal cancer subtypes and pharmacological sensitivities" for the degree of PhD. 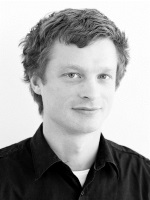 Colorectal cancer (CRC) accounts for roughly one in ten cancer deaths. A patient’s prognosis is a function of chance, surgery, radiotherapy, patient fitness, disease dissemination, drug intervention, and tumor biology. The latter two factors are the theme of the present thesis. During the last decades researchers have revealed that CRC can be divided into molecularly defined and clinically relevant subgroups. For instance, DNA-level microsatellite instability, present in one of eight primary CRCs, is associated with intra-tumor immune infiltration and benefit from immunotherapy. Another quarter of CRC patients carry tumors that exhibit excessive stromal infiltration, resistance to standard therapies, and poor prognostic associations. To translate such molecular subgroups into a framework for improved and targeted therapy, representative pre-clinical model systems are critically important.

To this end, we initially created a compendium of molecular annotations of a panel of CRC cell lines and showed that CRC expression subtypes are consistent at the DNA-, RNA-, and protein levels. Further, we leveraged gene expression data from thousands of patient tumors and hundreds of pre-clinical models and developed a method to stratify cancer cell lines, organoids, and patient-derived xenografts according to the four consensus molecular subtypes (CMS). We showed that these models recapitulate patterns of drug sensitivities observed in patients, including chemotherapy resistance in mesenchymal-like, stroma-enriched cancers and anti-EGFR sensitivity in epithelial-like cancers. To identify new pharmacological associations with these major gene expression subtypes, we performed high-throughput screens to measure reduction in cell viability after treatment with 459 pre-clinical and approved drugs in 35 CRC cell lines. A main finding of this study was that the mesenchymal-like subgroup was sensitive towards the HSP90 inhibitor luminespib, which, combined with the mainstay chemotherapeutic 5-fluorouracil, was able to overcome chemoresistance and reduce tumor growth also in patient-derived xenografts of the same molecular subtype.

Despite its potential, gene expression subtyping is still not in clinical use, partly due to challenges in translating classification based on genome-wide gene expression data into an effective and reliable test. MicroRNAs are short, non-coding RNAs important for fine-tuning of gene expression and in establishing and maintaining cell lineage identity, and as such suited as cell state biomarkers. In the final work, we found that cancer cell-intrinsic MIR31HG outlier expression identified a 12% subgroup with poor patient outcome, also within and independent of known prognostic subtypes. Furthermore, these cancers were characterized by invasive and immuno-suppressive expression signatures. The findings from this study suggest that MIR31HG expression may be used to classify primary cancers into prognostically relevant groups.