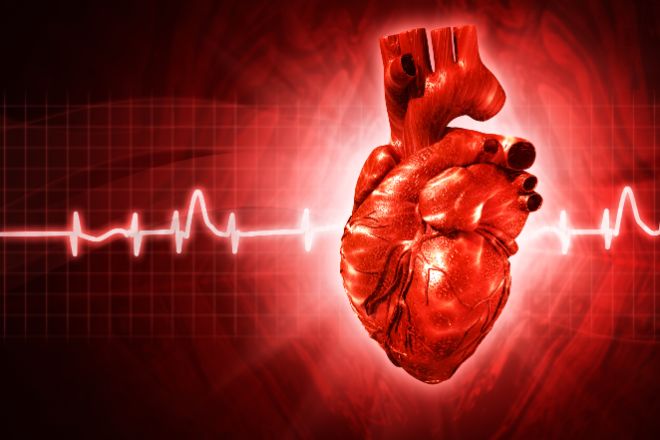 Professor Lars Gullestad and colleagues have demonstrated that the anti-inflammatory medication Tocilizumab can reduce the severity of a heart attack. Illustrasjonsfoto: Colourbox.com

About 13,000 persons in Norway suffer heart attacks every year.  A heart attack occurs when the flow of blood and oxygen to the heart is blocked. This condition can be fatal and results in a high mortality rate. Every tenth patient dies within the first month after the attack, and one of four will experience a heart-related episode during the course of the first year following a heart attack.

– The most important factor affecting the patient’s subsequent outcome is the severity of the heart attack, Lars Gullestad explains. He is a professor in the Department of Cardiology at the Institute of Clinical Medicine at UiO and chief physician at OUS.

In a new, important study, Gullestad and his colleagues have demonstrated that by using the anti-inflammatory medication Tocilizumab, they were able to reduce the severity of the heart attack. The study is the first of its kind and offers the hope of improving chances of survival for heart attack patients.

– The finding is very promising and opens up for an entirely new approach to the disease, the professor says.

The study is a collaborative project between UiO and the cardiology departments of OUS and St. Olav hospital in Trondheim.

Inflammatory response in the body

– The response is necessary, but we think that the process shoots far beyond the target and may contribute towards making the severity of the heart attack itself larger than normal, Gullestad explains.

– The result is that the heart expands and then develops reduced functionality following the heart attack, he says.

– We wanted to test our hypothesis that Tocilizumab would reduce the inflammatory response occurring during an acute heart attack, Gullestad explains.

Tocilizumab or a placebo

Upon admission, the 115 NSTEMI patients were randomly selected to receive either a one-time dose of the medication or a placebo. Both Tocilizumab and the placebo were given to the patients as infusions, that is, as fluid directly injected into the cardiovascular system.

– We then measured the patient’s CRP, which is a phase marker for infection in the body, and Troponin T, which is the marker for heart attacks, at recurrent time intervals, the professor explains..

The result showed that the heart attack was markedly milder with the use of Tocilizumab.

– The intensity of the heart attack was reduced by as much as 50% during the next three days. In addition, the Troponin T marker dropped, as an expression of a heart attack of less severity, Gullestad said.

It was also safe to give the medication to the patients. They had no additional side effects or undesirable incidents with this medication than they had with other treatments.

Gullestad and colleagues are the first to have demonstrated the potential effect of Tocilizumab on heart attacks.

– This is an entirely new treatment principle for heart attacks. It may mean that a heart attack will be a less severe event and that the subsequent oucome will be much better for the patients, Gullestad explains.

The professor adds that this specific study is small in scope and that we need further, larger-scale studies to be able to confirm the results with certainty. Only then can the treatment perhaps become a standard routine.

– However, the finding is so promising that we are now in the process of beginning a new, randomized and placebo-controlled study to see whether Tocilizumab can reduce the severity of heart attack of the STEMI type.

– Then we will also be able to assess whether the blocking of cytokine IL-6 will result in a decline in the development of heart failure and, conversely, a higher survival rate for the patients, Lars Gullestad says.

Here you can read the original article published in the European Heart Journal.