EMBO Journal article from Malerød and Haglund: Orienting the spindle

An article by senior scientist Lene Malerød and her co-workers in Kaisa Haglund’s project group shows how the mitotic spindle achieves its correct orientation during cell division. 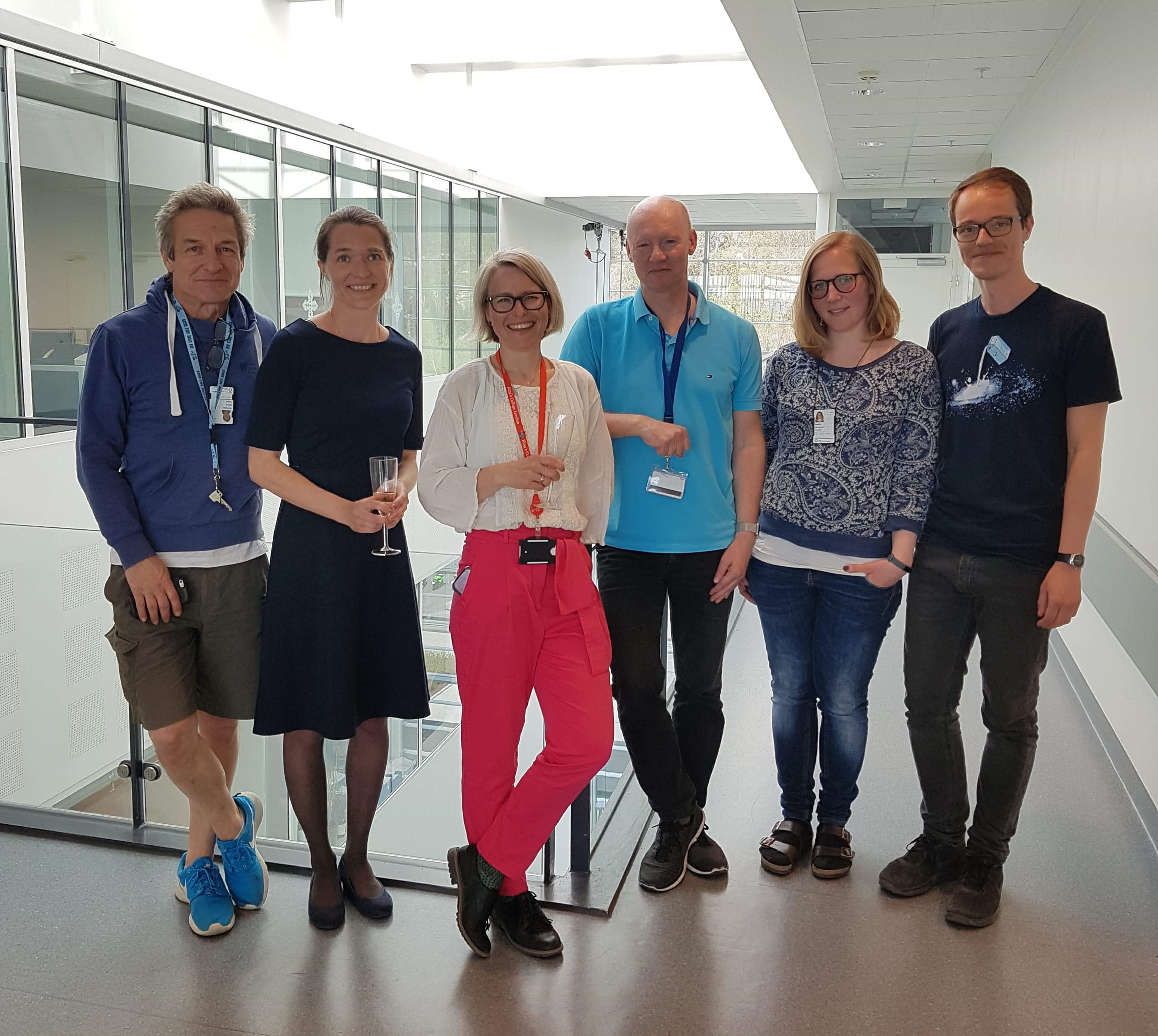 The article elucidates a previously unrecognized biological role of the multifunctional adaptor protein ALIX during cell division. Specifically, ALIX is recruited to centrosomes, where it promotes correct mitotic spindle orientation at metaphase during both asymmetric and symmetric cell division, by facilitating the formation of astral microtubules.

Astral microtubules serve to anchor the mitotic spindle to the cell cortex in the correct orientation, which is especially essential during asymmetric division of stem cells to generate cells of different fates and during planar division of epithelial cells to give rise to a monolayered epithelium. Understanding the mechanisms controlling mitotic spindle orientation is relevant to cancer, because aberrant spindle orientation in stem cells might contribute to defects in asymmetric cell division, which in turn can lead to tumour formation.

At the molecular level, ALIX is recruited to the pericentriolar material of centrosomes by the scaffold protein DSpd-2/Cep192 in Drosophila melanogaster and human cells. Here, ALIX promotes nucleation and stabilization of newly formed microtubules by recruiting γ-tubulin and MAP1S to the centrosomes, respectively. Consequently, lack of ALIX causes mitotic spindle misorientation in human cultured epithelial cells in vitro and in fly stem and epithelial cells in vivo.

In summary, the study reveals an evolutionarily conserved role of ALIX in regulating the orientation of the mitotic spindle by promoting astral microtubule formation during asymmetric and symmetric cell division.