CanCell co-director and professor Anne Simonsen received the prestigious King Olav V's Prize for Cancer Research at a ceremony at the University of Oslo today. 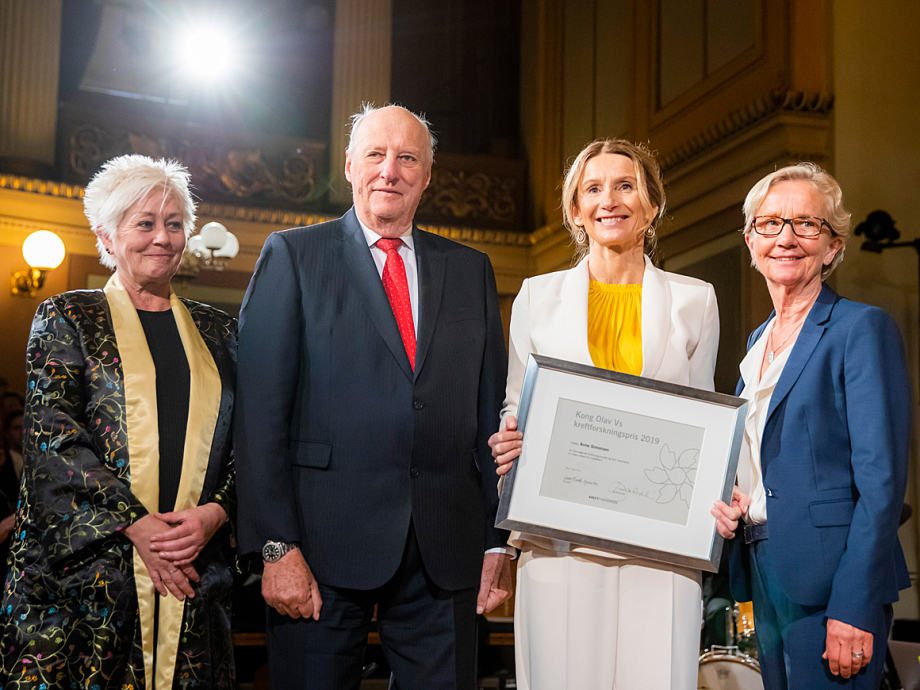 The prize is an annual award granted to scientists that have shown profound contributions within cancer research and/or adjacent fields that will benefit people and patients in years to come. This year the prize was divided between Anne Simonsen and The Norwegian Breast Cancer Group (NBCG), and amounts to 1 mill. NOK. His Majesty King Harald V presented the award to the recipients.

The Norwegian Cancer Society bestows the prize and their justification for Annes award was stated as:

"Throughout her impressive career, Simonsen has focused on cellular biological research, especially the cellular mechanisms involved in how cancer occurs. She has developed a research program within the study of autophagy. Autophagy is a process in which the cell breaks down and recycles parts of its own proteins, which can inhibit and affect the development of cancer. Simonsen is highly recognized internationally in its environment. She publishes very actively and has an obvious potential to make important breakthroughs in cancer research in the future."

Everyone at CanCell congratulate Anne with her success!

The event was also published in several other media: