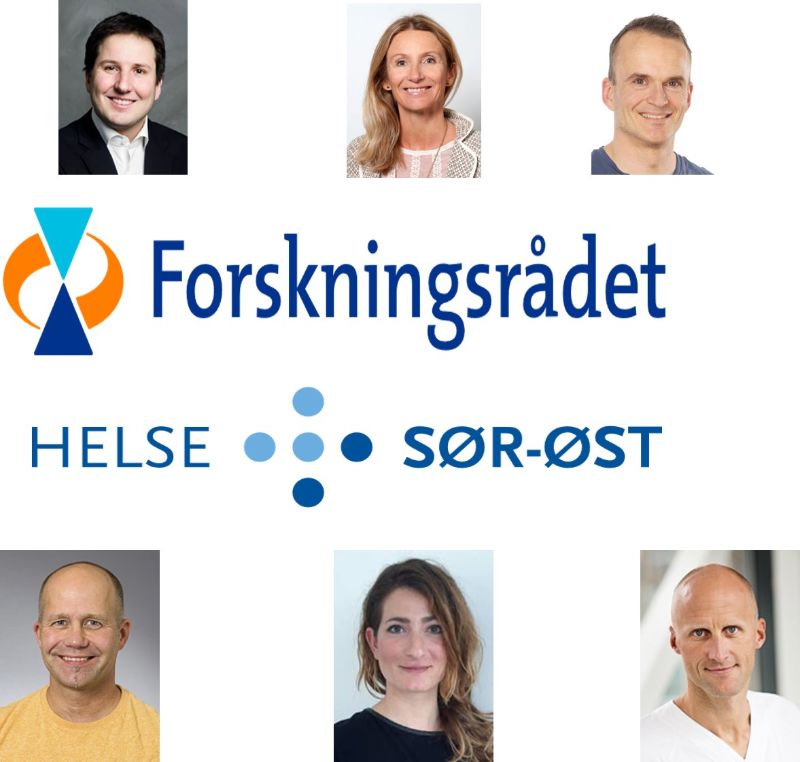 Christmas came early for the CanCell researchers! It is with great joy we may announce that grants from Norwegian Research council (RCN/NFR) in the call for ground-breaking research (FRIPRO) have been awarded to CanCell scientists: Kay Schink at the Stenmark lab, Jorrit Enserink and Anne Simonsen. NFR awarded NOK 2.65 billion to a total 256 projects out of 2,363 applications.

Read more about the grants and the project below.

Kay Schink, a project group leader in Harald Stenmark’s lab has received a grant on 11.9 Million NOK from the Norwegian Research Council. The money is granted to his project “Cellular control of macropinososome formation and maturation”.  This is what Kay has to say about his project: Macropinocytosis is part of an endocytotic mechanism that will lead to the formation of large vesicles. These large vesicles are used by macrophages to sample the environment for foreign antigens. Cancer cells use this mechanism to secure themselves a supply of amino acids so that they can fuel their metabolism. We want to understand how this basal cellular mechanism work and identify how cancer and many pathogens use this mechanism.

Jorrit Enserink which leads the Enserink lab has received a grant of 12 million NOK to work with his project "Kinetics of Activation and Inactivation of Autophagy: Robustness, Noise Suppression and the Role of Metabolic Intermediates". Here is what Jorrit says about his project:

Autophagy is a major survival mechanism that cells utilize in response to nutrient starvation. It is a catabolic process that degrades non-essential cellular components to provide basic nutrients to sustain essential cellular processes. However, uncontrolled autophagy can cause significant harm to the cell, and it is therefore important that we understand how cells precisely regulate this process. In this project we want to understand how cell fine-tune the pathways that feed into the core autophagy machinery. The grant involves three new postdoc positions to help us dissect this process, and I am very excited!"

This is not the only Christmas present this year.  In addition Helse Sør-Øst has granted CanCell senior scientist Marina Vietri in Harald Stenmark’s lab a career grant, Kjetil Boye in Jørgen Wesche’s lab a postdoctoral grant and Tor Erik Rusten and his lab a project grant. Read more about these below.

Tor Erik Rusten has received a 10 MNOK grant from Helse Sør-Øst to work on his project “Uncovering Nutrient Vulnerabilities to stall Tumor Growth in vivo”. This is the same project “starving a tumor” which was awarded funding from the Norwegian Cancer Society earlier this year. The project is based on starving out tumors so that they are unable to grow further. You can read more about the project here.

We congratulate all of you talented researchers that received these grants and look forward to follow the results of your research.

Link to HSØ announcement (NO)