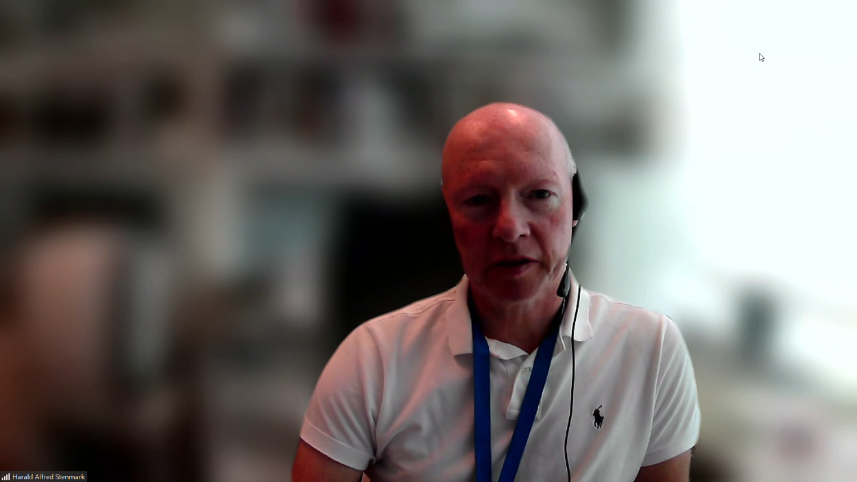 CanCell director Harald Stenmark initiated the symposium with a greeting and introduction of our first invited speaker.

First out was Pier Paolo Di Fiore (Milano, Italy) with his talk Endocytosis and Cancer. Pier Paolo Di Fiore leads the research group Endocytosis, Signalling and Cancer at the European Institute of Oncology (IEO). He is also Director of the Novel Diagnostics Program at IEO and a senior editor in The Journal of Cell Biology. Di Fiore has a rich repertoire of scientific publications focusing on cancer research and signaling.

A short break followed before it was time for the second part of the symposium featuring CanCell Young Scientists. Professor Anne Simonsen initiated the second part  with a greeting and introduction of todays "flash talks". The flash talks were given by those who received funding from cancell last year where we got to hear how the money was spent on their projects. These were Jonathan Arias (Enserink group) , Matthew Ng (Simonsen group), Ellen Haugsten( Wesche group), Yan Zhen and Sebastian Schultz both in the Stenmark group. Shortly following the flash talks it was time for the grand finale when this year's Cancell Junior grants recievers was announced!  A Total of 750 thousand NOK was awarded to seven researchers from different groups. Those who recieve the grant are: 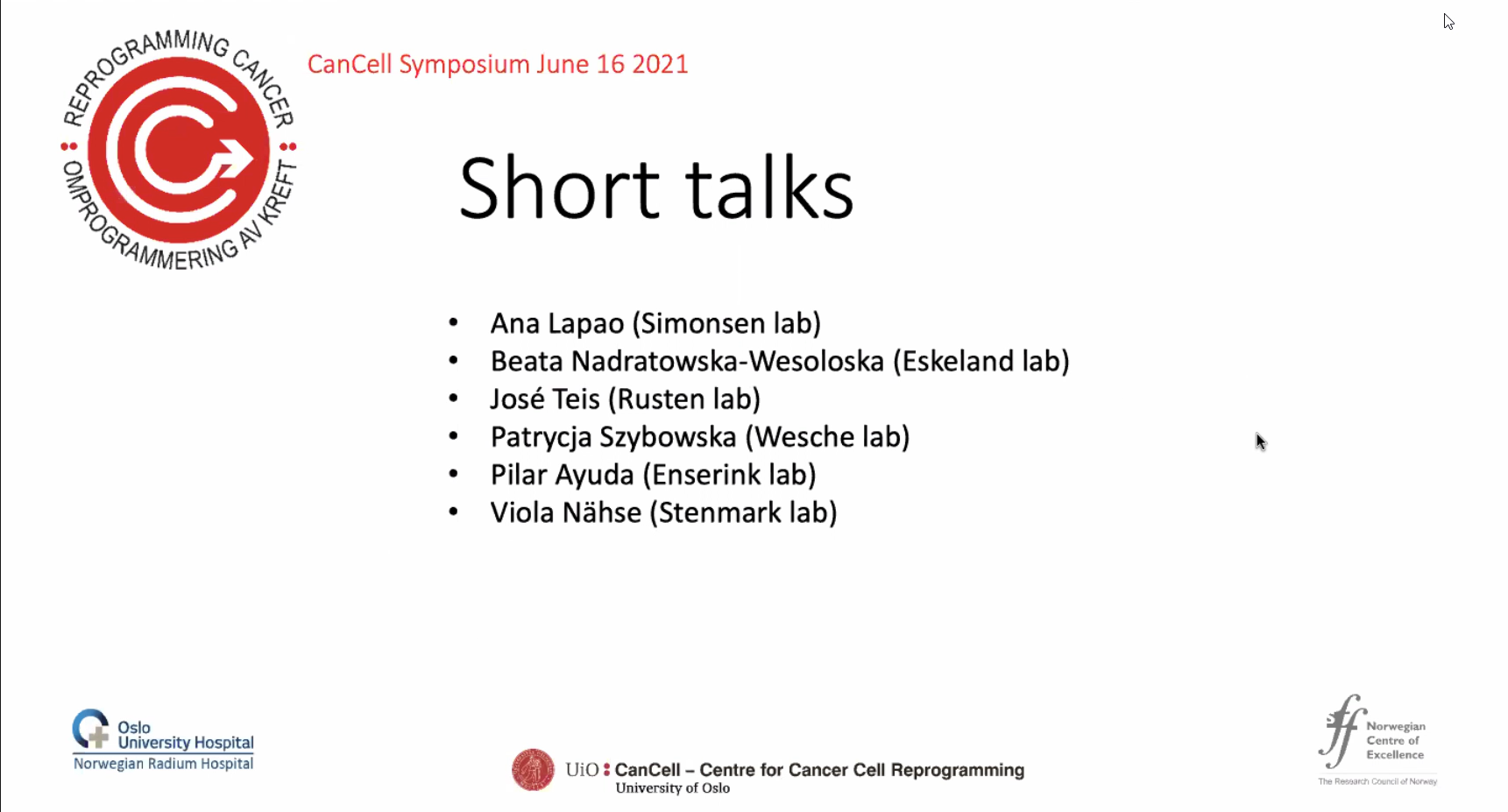 The last  part was dedicated to short talks where one represetant from each lab described their projects more in depht. We tried out something new in this symposium where those who particcipated via Zoom got the chance to ask questions directly to those who held the short talks in separate breakout rooms. We got really good feedback on this arrangement and will continue with this arrangement in future Zoominars. You will hear more about each of the projects in later newsarticles, so be sure to follow us for more!

Associate professor Ragnhild Eskeland initiated the last part of the symposium with an introduction of invited speaker Professor Eivind Hovig. Hovig is a professor at The Centre for bioinformatics (UiO). He is the leader of the Computational Cancer Genomics and Melanoma Systems Biology group at Oslo University Hospital and the Bioinformatics Core Facility at Oslo University Hospital. Hovig's research and work focuses on cancer genomics and bioinformatics.  He has a broad experience from the biotechnology industry. His talk was a combined talk about  the Developments within FAIR handling of sensitive human data, and Melanoma drug synergies which you can see more about below.