Many people may have inherited high cholesterol without knowing it

And women with this diagnosis miss out on active treatment time because of pregnancy. 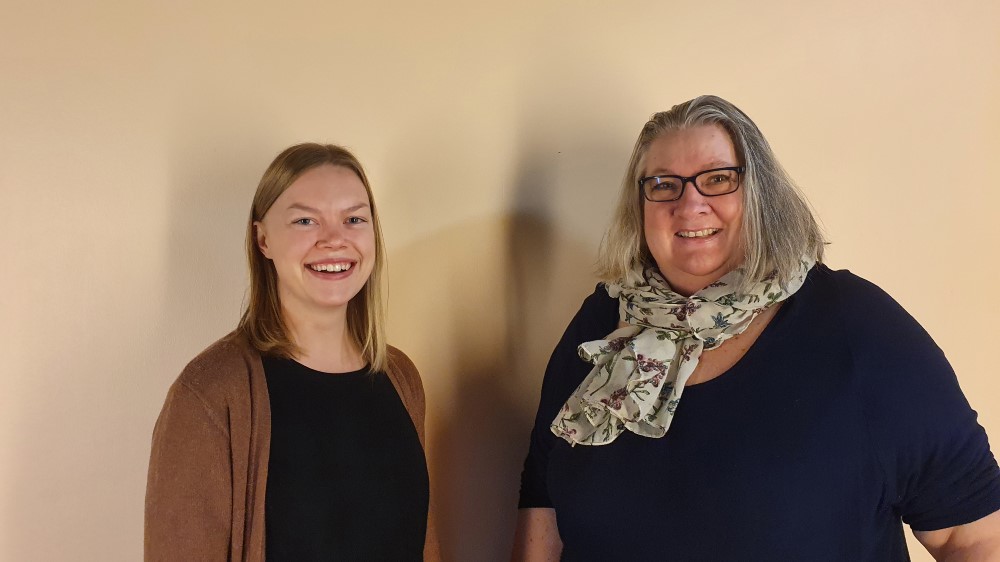 Marianne Klevmoen (to the left) and professor Kirsten Bjørklund Holven found that women with FH miss out on active treatment time because of pregnancy. They are both at the Department of Nutrition at the Institute of Basic Medical Sciences.

Familial hypercholesterolemia is an inherited condition in which a genetic defect causes elevated cholesterol levels from the very first years of life, leading to a heightened risk of heart disease. Though the risk of heart disease is the same for both women and men with FH, women may miss out on active treatment time because of pregnancy.

At the Department of Nutrition, professor Kirsten Bjørklund Holven and her team carry out research on FH, cholesterol and atherosclerosis. The team recently published an article on women with FH and pregnancy, based on Marianne Klevmoen’s master degree thesis in nutritional science, for which Holven was the main supervisor. Both are affiliated to the National Advisory Unit on FH (NKT for FH) at Oslo University Hospital.

Loss of active treatment time due to pregnancy

The most commonly used medicines for lowering cholesterol are statins and these medicines should not be used when planning a pregnancy, during pregnancy and while breast-feeding.

– We do not know enough about how long women with FH go without active treatment during these periods, or about the significance of this lack of treatment. Cholesterol levels increase naturally during pregnancy, whether a woman has FH or not. But because women with FH are obliged to stop taking medicines to lower their cholesterol, we wanted to investigate how long they are without active treatment, says Holven.

An average of 2 years without treatment

The project was conducted as a digital survey among 102 women with FH in Norway and the Netherlands.

–  The period without treatment before, during and after pregnancy was on average a little over 2 years, but 20 % of the participants were without treatment for 4 years. We also found that FH women appear to breast-feed less than women without FH, explains Klevmoen, who carried out the survey.

The authors believe that more attention should be paid to this group of FH patients.
–  FH women miss out on active treatment time early on in life due to pregnancies and breast-feeding. They should therefore be closely followed up in order to keep the time without active treatment to a minimum. We need more research on the importance of these periods of non-treatment.

You can read the article here: Loss of statin treatment years during pregnancy and breastfeeding periods in women with familial hypercholesterolemia.

Vital to diagnose FH at a young age

High cholesterol in the blood gives no symptoms. Since FH is hereditary, people who have close relatives with high cholesterol or who have had heart disease at an early age are encouraged to measure their cholesterol by means of a blood test taken by their GP.

– The risk of heart disease is related to the number of years with elevated levels of cholesterol. It is therefore important to discover FH at an early age, so that the total lifetime “cholesterol burden” can be kept to a minimum. If FH is discovered at a young age, preventive treatment can also be started early and the risk of heart disease is then significantly reduced, says Holven.

Read more about familial hypercholesterolemia and FH Day at
www.kolesterolbehandling.no