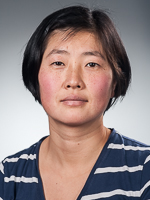 I am M.D. and Ph.D., both from the University of Oslo. In addition, I have a bachelors degree in Mathematics. I have been working at the Department of Immunology at Rikshospitalet since 2001, interrupted by a two-year post doc in the U.S..

I studied the gluten-specific T cells that are important for the pathogenesis of celiac disease during my PhD research. More specifically, I identified novel gluten T-cell epitopes and characterised the antigen presentation and HLA binding of many gluten T-cell epitopes. During my two-year post doc in Boston, I studied the function of the neonatal Fc receptor (FcRn), in particular in the context of uptake and presentation of antigens in complex with antibodies. After returning to Oslo, I continued to work with gluten-specific T cells, but now with a molecular focus. During the last ten years, I have sequenced the T-cell receptors and whole transcriptomes of T cells at the single-cell level. I was a group leader at the Centre for Immune Regulation (CIR), a Center of Excellence appointed by the Research Councile of Norway. Since 2016, I have been a group leader in the K.G. Jebsen Centre for Celiac Disease Research. In addition to my main research focus in human immunology, I have lately started to work with comparative immunology. In a collaboration with fish geneticists financed by the University of Oslo’s Life Science initiative, we are trying to gain insights in the unique immune system of the cod fish.