A new technology can improve the treatment of bleeding disorders

The technology, consisting of a designed variant of a natural occurring protein called super albumin, can pave the way for the development of long-acting drugs. This can have major implications for individuals suffering from haemophilia. 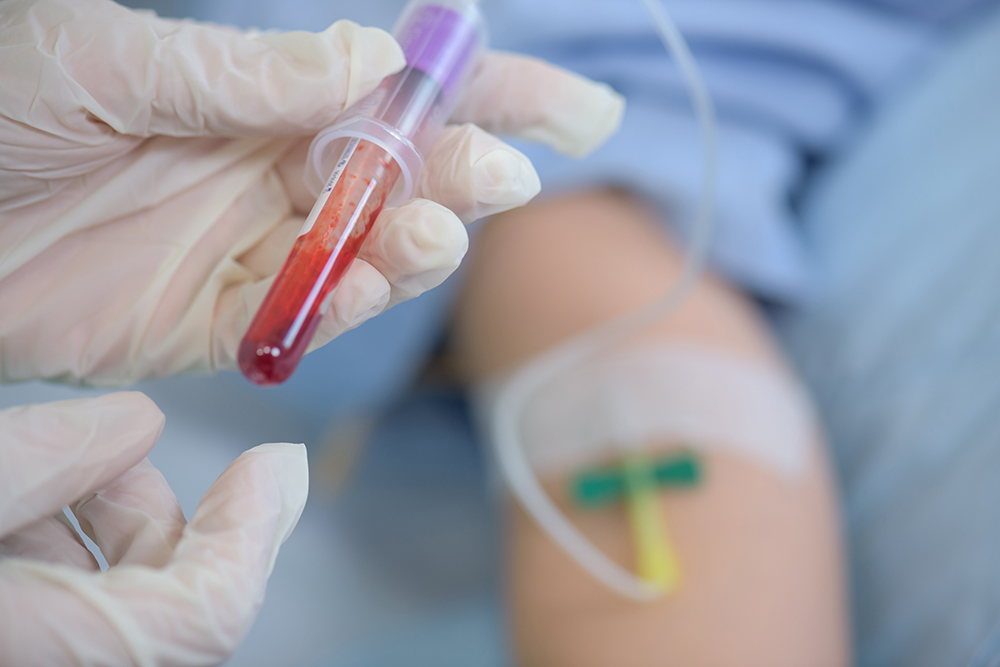 The new technology called super albumin can pave the way for the development of long-acting drugs and have major implications for individuals suffering from haemophilia, a condition that affects the blood's ability to clot. Illustration image: Colourbox.com.

When an injury or hole occurs in a blood vessel, the body quickly begins to stop the bleeding by a process called coagulation or clotting. The blood then becomes a little bit thicker at the spot of the bleeding. For most of us, this process goes smoothly. However, for patients suffering from a severe bleeding disorder or haemophilia, the blood lacks the ability to clot.

Haemophilia can have different levels of severity, but the severe variant is most common, with approximately one case per 10,000. It is caused by the body’s reduced ability or inability to produce one of several so-called coagulation factors. These factors are essential for the process of blood clotting, which stops the bleeding. Without treatment, the disease can be life threatening.

This is due to the fact that tailor-made medicines have been developed using biotechnological methods. They consist of recombinant coagulation factors that are made in the laboratory, and which can be given as preventive treatment to avoid repeated bleeding.

Treatment constitutes a burden to children and their families

Haemophilia is often discovered when a child is around one year of age after which preventive treatment is started. This is important in order to avoid recurrent bleeding, as this causes persistent stiffness and reduced mobility.

The medicine is given intravenously, directly into the vein, up to several times a week. This is stressful for both the child and their families, as they need to go to the hospital. However, children from around the age of five can be treated at home with help from their parents and over time, patients can treat themselves.

A major challenge is that the coagulation factors have a very short duration of action in the bloodstream, which means that the medicine must be given frequently. Even so, medical advances have led to the otherwise short-acting drugs being redesigned so that they are broken down somewhat more slowly in the body.

Super albumin technology can be used to develop long-acting drugs

Prolonged duration of action means that you can take the medicine less often and still have an even level of the coagulation factor in the blood over time. This makes a significant difference for patients. However, there are still large differences depending on which coagulation factor the patient is missing. There is therefore still a great potential for improvement.

Our research group has developed a unique biomedical technology that can be used to create coagulation factors with a significantly longer duration of action than what is the case today. The starting point is in-depth studies of a biological mechanism. This insight has enabled us to design super albumin, which is a designed protein variant that can be coupled to protein-based drugs, and allow them to remain in the bloodstream for a considerable longer time.

We show that by linking super albumin to various coagulation factors, the duration of action can be significantly extended compared to current treatment.

This is achieved by combining tailor-made molecular design with a series of experiments performed in the very best experimental set-ups available. The results motivate further testing in humans.

Video explaining the principle behind the super albumin technology and video based on the researchers most recent publication about the technology.

Opens up for new possibilities

Super albumin is a versatile technology that one can use to extend the duration of action of any protein-based drug candidate. That is why we are now working on testing the technology in different medical fields, including cancer and infection diseases. We do this in our own lab, but also together with biotech companies.

Furthermore, we have shown that super albumin can be delivered over mucosal barriers. This opens up for new exciting possibilities, where we can imagine the delivery of albumin-based medicines over selective barriers of the nose, lungs or intestines without the use of syringes. We are now investigating this possibility.

The work is based on a very fruitful collaboration with a haematology-focused research group, studying blood-related diseases, in Ferrara in Italy, headed by Mirko Pinotti and Alessio Branchini.