Why do ageing neurons die?

Unfinished DNA repair contributes to the damage and age-related loss of neurons. However, it might be possible to protect the nerve cells, which may have implications for the prevention of Parkinson’s disease. 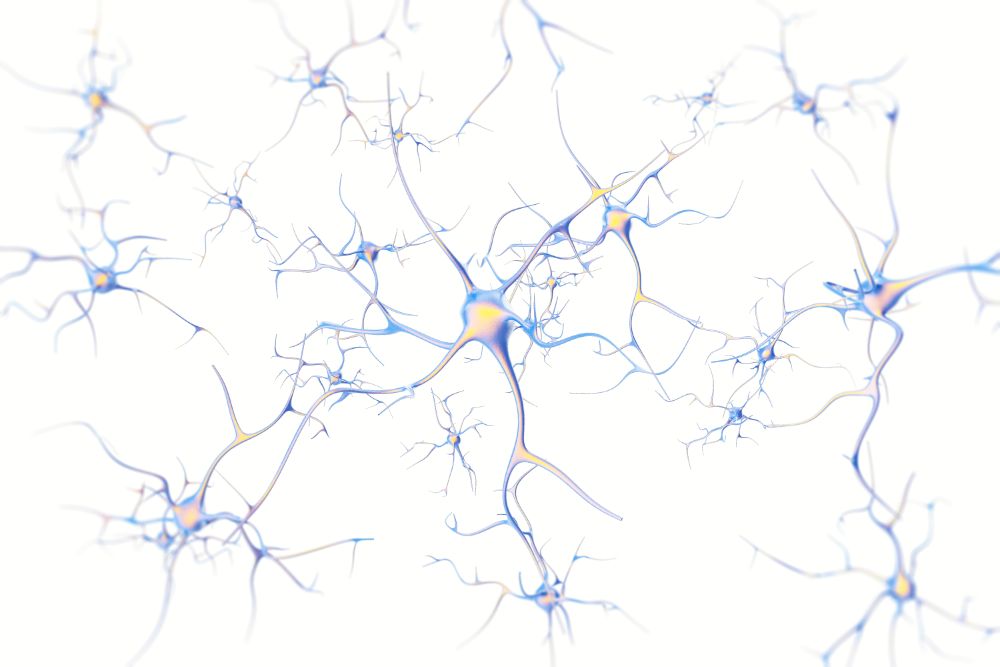 Parkinson's disease is caused by a gradual loss of a type of nerve cells, or neurons as they are also called, which produce dopamine. Researcher Tanima Sengupta believes that the age-related loss of neurons is not something we must accept as an inevitable side effect of ageing, but that we can protect the nerve cells. Illustration image: Colourbox.com.

Parkinson’s disease is a progressive neurological disorder that affects the body’s ability to move. The most common symptoms of Parkinson’s disease are muscle rigidity, tremor, slowness of movement and poor balance. More than 10 million people are living with the condition worldwide.

The disease is caused by a gradual loss of neurons that produce dopamine in the brain. Neurons are a type of nerve cells that transmit information between different areas of the brain, and between the brain and the rest of the nervous system. Neurons are therefore crucial for everything we do, from thinking to talking, feeling and moving our bodies. Dopamine is the neurotransmitter helping the neurons to send the messages.

When symptoms of Parkinson’s disease arrive, most of the dopamine-producing neurons have already died. However, until today, scientists did not know why these neurons are lost. Researcher Tanima Sengupta and her colleagues have recently made a discovery that may explain why these neurons degenerate and die when we get older.

– Our study is important because it shows that age-related loss of these neurons is not something that we have to accept as an inevitable side effect of ageing. We can start to think about ways to prevent this from happening in the first place, Sengupta states.

Like nearly all cells in our body, the neurons contain DNA, which is the genetic information that we inherit from our parents. However, harmful substances continuously attack the DNA in the neurons and damage them. When this happens, our body tries to repair the DNA through a process called DNA repair.

The DNA repair mechanism seems to play a central role in the way that our neurons are damaged when we get older. The researchers namely found that the body’s ability to repair the DNA in the neurons diminishes with ageing.

– We have demonstrated that ageing leads to a loss of coordination within a pathway that is central to DNA repair in neurons, Sengupta says.

You could compare the loss of coordination in this pathway with a building site, where an old building is torn down, but building of the new building is delayed due to a shortage of workers or building material.

– We can compare this messy building site to an unfinished DNA repair job in the neuron, she explains, and continues:

– This leads to an accumulation of half-repaired DNA molecules, which we refer to as DNA repair intermediates. And this is really bad news for the cell, because such intermediates are very often much more harmful than the original damage.

Can we prevent the age-related degeneration of neurons?

Sengupta and her colleagues wondered whether they could protect the neurons by switching off DNA repair.

– We used genetic methods to control whether a specific repair pathway was on or off in the neurons. We discovered that when we switched it off, there was no formation of the harmful DNA repair intermediates. And this protected the neurons, she explains.

The finding suggests that making sure that there is no formation of the harmful DNA repair intermediates, may contribute to prevent the age-related degeneration and associated loss of neurons.

Aim to find ways to prevent Parkinson's disease in the future

The present study has taken the scientific community a step closer towards understanding what makes neurons producing dopamine vulnerable to ageing. Even so, does the damage from DNA repair intermediates also contribute to the development of Parkinson’s disease? Also, and more importantly, can we prevent the disease if we prevent the age-related damage of neurons?

This is something that Sengupta and her colleagues want to find out.

– But to move from mechanistic insight into making progress for patient treatment for this type of complex disease is a massive undertaking. Our study will not affect how we treat Parkinson’s disease today, the researcher says, but adds:

– However, describing new mechanisms is the starting point to design new studies. We aim to find ways to prevent Parkinson’s disease, or to limit the progression of the disease, in the future.

The research group has already planned a new study to follow-up the findings. They believe that it will be possible to design drugs that can prevent the accumulation of the harmful DNA repair intermediates, and in this way protect the neurons.

– It remains to be shown whether this mechanism might have potential to slow down the progression of the disease, Sengupta says.

Studied the mechanisms in tiny worms

In the present study, the researchers did not study DNA repair in neurons in humans, but in tiny worms called Caenorhabditis elegans, often referred to as C.elegans.

These worms are about 1 millimetre in length. Despite their small size, they share many basic features with humans and have a nervous system comparable to the one we have. However, C.elegans have a life cycle of only two to three weeks, which makes them perfect for studying ageing.

– Using the simple animal model C. elegans, we can study how neuronal health changes throughout the life-course. We can look at the mechanisms that make neurons vulnerable, and study what happens from a healthy neuron in young C.elegans to what happens in a dying neuron, as the worms get old, Sengupta says.