UiO Faculty of Medicine Institute of Health and Society
Main navigation
Back to uio.no
Sub navigation Menu
Research > Research projects > Biomedicalization from the inside out (BIO)
Norwegian version of this page

Biomedicalization from the Inside Out (BIO)

This project traces the history of four linked stories of disease and power in the world today. 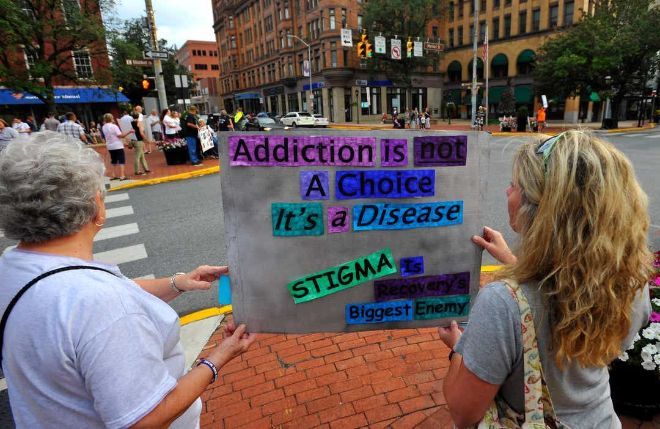 Since the 1960s, social scientists and activists have criticized the medicalization of everyday life as an extension of power by the medical profession.  Yet in the early 21st century, the power in naming the boundaries of normal and pathological has been increasingly uncoupled from the profession of medicine itself, and understanding this process of biomedicalization has been a far more complicated political project.

We will divide our work into five subprojects – projects which will be integrated in a broader study of the history of social medicine in Norway. We will engage with activists, patient/user groups, policymakers, researchers and clinicians. Further we aim to create and extend a global network in social medicine, in order to identify key issues and set an agenda for future research.

(Bio)medicalization of Transgender: Sex and Gender in Postwar Medicine

There seems to be a broad shift in the way the rights of trans-people are addressed and the way gender identities are perceived.  This new state of affairs calls for a closer look at the historical events that brought us here.

Awareness of transgender issues has increased rapidly during the last decade and exploded in Norway. Still, the history of medical interventions in transgender is understudied internationally.

In this project we will explore the history of "transsexuality" and transgender during the last fifty years through the lens of biomedicalization. Different medical terms have been used to characterize, define, distinguish and pathologize biological, psychological and social sex. Biomedicin has challenged, changed and rejected disease categories and understandings of gender.

We will explore how biomedicine has both created new and stabilized former body and gender identities, and how it has opened up a new field of technoscience – techniques like hormone therapy, puberty blockers and sex reassignment surgery. We will further explore how patient involvement and activism shaped this development

(Bio)medicalization of drug use: Disease and Deviance in Norway

We intend to explore treatment practices and conceptualization of illicit drug use since the 1960. From being understood as a “choice”, drug use and abuse became to be understood as a disease inflicted on the person dependent on drugs (Conrad and Schneider 1980, Keane 2002).

Norwegian drug policy has been directed towards the prevention of drug use, consequently punishing drug use hard, although there is a call to soften policies.

The literature on addiction are consistent with the standard “medicalization” framework. We will look at the medical terms used to characterize, define, distinguish and pathologize illicit drug use, and further how the process of demedicalization  (1960s) and  biomedicalization (1980s and 1990s) changed treatment practice. In the latter decade (largely as a result of the hiv-epedemic) there has been an introduction of harm reduction programs as well as the introduction of the substance treatment reform in 2004. We ask to what extent biomedical treatment practice changed bodies and identities and how such interventions competed with other forms of rehabilitation and with the penalty system. Further it is relevant to study how patient involvement and activism shaped the development, and to what extent medical terms used still have an effect in our current understanding of drug use.

(Bio)medicalization of culpability: Psychiatry in the Courtroom

We will look at how biomedicalization has been used by political reformers from different ideological positions in their objectives for criminal justice reform, and to what extent this process has depended on other social processes within a given context, for instance criminalization.

Existing accounts of the growing role of psychiatry in the courtroom as part of a “medicalization of deviance”, tend to focus on a monolithic, infallible expertise of the psychiatrist in wielding a growing set of diagnostic tools which serve to displace forms of deviance from criminal law to psychiatric treatment. Yet the use of biomedical categories to treat mental illness in the courtroom has far more layers and actors than this simple narrative of ‘medicalization’ suggests. Psychiatrists and lawyers have participated together in movements to reform the US criminal justice system, and these efforts have connected with much broader political struggles over the ideal form and function of the American state.

The goal of this subproject is to explore the complex and often antagonistic ways in which different medicolegal experts sought to align scientific and legal expertise in the use of psychiatric diagnosis in the courtroom. In particular, we will explore the plurality of medical views on mental illness and culpability by engaging with figures like the forensic psychiatrist Hervey Cleckley and his political opponent Manfred Guttmacher. The center of their debate was a category of the psychopath, the medicolegal negative of the ‘insanity defense’: that is, a diagnosis which, when rendered, tended to make a courtoom more likely rather than less likely to hold a defendant culpable for a crime. We will also examine the co-production of standard legal categories of crimes in the context of standardizing, biomedicalizing categories of mental disorders in the Diagnostic and Statistical Manual of Mental Disorders (DSM, US handbook for health professionals). The project will further meditate on how these various movements disillusioned reformers with the potential applications of psychiatry to criminal justice in Norway compared with the United States.

(Bio)medicalization of Death and Dying

A number of scholars have shown how the role of death in Western societies changed with the onset of modernization, industrialization and medicalization. In this subproject we want to explore the history of this development within the context of the Norwegian welfare state. This is important in order to better understand our current handling of the dying and of our own conversation about death.

Death and dying has recently come to the forefront of public and medical attention. During the last 70 years, death and dying was not only medicalized but also increasingly technified. The introduction of a new definition of death (braindeath) has questioned the boundary between living and dying in fundamentally new ways. On the other hand, all these novel therapeutic technologies, including the introduction of largescale use of advanced chemotherapy in the 1970s, opened up new possibilities of prolonging life, and thus the period of dying.  This development, however, also brought on a reaction. In the 1960s and 1970s, death was increasingly thematized, both in the public and within science. Death awareness, sparred by the publication of Elisabeth Kübler-Ross’ book on death and dying, challenged the notion that death should remain hidden behind closed doors. It was a primus motor for the hospice movement, starting in the 1970s, specializing in caring for dying patients. Palliative care was formed as a proper object of study and practice in the 1980s, and was partly in direct confrontation with members from the hospice movement. Today, discussions of death are everywhere. Patient organziations have become strong proponents of proper care of the dying, patients are involving thousands of followers in their own death and there is an increasing recognition also within medicine and medical practice of the need to address the topics of death and dying with patients. There is also an increasing worry that death is overtreated, particularly in nursing homes.

The past, present and future of social medicine

A key insight here is that the task of medicine can never be encompassed in biological terms alone, and that medical science and practice are inextricable from the social and cultural worlds in which diagnosis and therapeutics take place. This observation has been given new urgency in the twenty first century with increased attention to social determinants of disease.

Establishing and extending global network in social medicine has the advantage of building on already established initiatives. In recent years, a number of prominent universities have founded new programs in social medicine to address this need. Furthermore, we will join forces with an already established network (Global Social Medicine), focusing on the pressing need to revitalize the field of intersection of social science, the humanities and medicine – to rethink its past, to analyze its present and to re-imagine its future. This project aims to contribute to these existing forces by exploring histories of global social medicine by explicitly tracing the divergent histories of social medicine in different parts of the world, in order to provide a clear context for the development of global advancement of the field moving forward. We also intend to support doctoral student exchanges and visiting professorships between existing centers, using the University of Oslo and Johns Hopkins University as the bases for exchange.

(Bio)medicalization of Death and Dying is funded through the Medical Faculty's Research School.