Physical activity does not increase the risk of melanoma

It is safe to be physically active outdoors without having to worry about the risk of melanoma, as long as you follow the sun safety advice, say the researchers behind a large, Norwegian study. 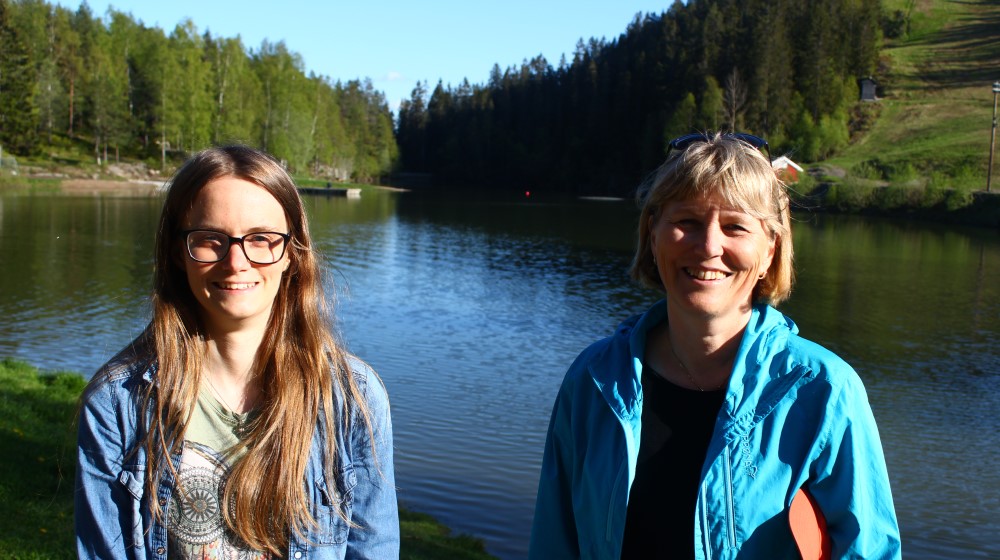 Postdoctoral fellow Flavie Perrier (to the left) and professor Marit Veierød at the Department of Biostatistics found found no increased melanoma risk among physically active women.

The incidence of melanoma has been increasing in fair-skinned populations. Norway has the third highest incidence of melanoma in Europe, after Denmark and the Netherlands, and the highest mortality from melanoma. Over 2000 people are diagnosed with melanoma every year in Norway and 300 deaths are attributed to melanoma.

Physical activity is associated with lower risk of many cancers. But in the case of melanoma, higher risk has been found for participants with a high level of physical activity in some recent studies. The question is whether this increased melanoma risk occurs because people who are physically active are more often outdoors and therefore more exposed to UV-radiation from the sun.

No increased risk for the physically active

Scientists at the University of Oslo wanted to investigate this in a large Norwegian study. Over 150,000 Norwegian women aged 30 to 75 participated in the “Norwegian Women and Cancer Study”.

Average follow-up of the participants was18 years and the women have completed up to three questionnaires about their level of physical activity and other topics. And this study came to a different conclusion.

– We found no increased melanoma risk among physically active women. We even found that the risk of melanoma on the arms was slightly lower among the most active, says Flavie Perrier.

She is a postdoctoral fellow at the Department of Biostatistics at the Institute of Basic Medical Sciences and performed the study together with Professor Marit Veierød.

According to Veierød, this means that outdoor physical activity can be encouraged, but it is important to remember the advice on sun safety.

So why did studies from other countries come to a different conclusion about physical activity and melanoma risk? Flavie Perrier has several explanations for this but is quick to point out that not all the other studies found increased risk of melanoma.

–  One possible contributory factor is that we live further north, where the UV exposure from the sun is different. In addition, our participants were women only, on average older than in the other studies and slightly less active. Not all earlier studies had detailed data on UV exposure. The studies also varied according to whether physical activity was during leisure or work, or a combination of the two, she says.

Other sun habits in northern latitudes

In Norway, many people like to sunbathe in summer. In addition, we have light skin. The high incidence of melanoma in Norway is most probably due to these factors rather than to how active we are, believes Veierød. We have a shorter summer season than many other countries and excessive sun exposure may be more common when the opportunity arrives.

The women who participated in the Norwegian study registered their level of physical activity on a 10-point scale ranging from “very low” to “very high”. They were also asked how many hours they walked or strolled outdoors, during each of the four seasons.

Participants also registered how many minutes they devoted each day to training/jogging and cycling, again during each of the four seasons.

Follow the advice on sun safety to prevent skin cancer
The researchers emphasise that all study participants were women and that they therefore do not know whether the same conclusions apply to men.

Veierød encourages everyone to follow the advice on sun safety to prevent skin cancer, in Norway by the Norwegian Cancer Society:

With regard to sunscreen, Veierød recommends using at least factor 30 and avoiding exposure to strong sunshine for long periods even after applying sunscreen.

The study was funded by the Norwegian Cancer Society and was carried out at the Department of Biostatistics, UiO, in collaboration with researchers at UiT The Arctic University of Norway, the Cancer Registry of Norway, QIMR Berghofer Medical Research Institute, in Brisbane in Australia, and the International Agency for Research on Cancer in Lyon in France.

More information on the study: