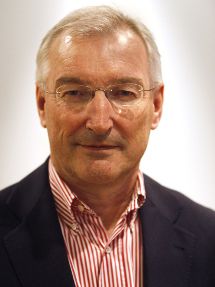 Lars Engebretsen was born in Asker, Norway. Dr. Engebretsen graduated from high school in South Dakota and then attended Hamar Katedralskole in Norway. He went on to study at the University of Oslo’s Medical School where he completed his Medical Doctorate in 1979. After an internship at Drammen County Hospital, he served as a Lieutenant at Oslo Military Hospital.

While completing his orthopaedic surgery training at Trondheim University Hospital he also worked as the Knee Research Fellow in the Bioengineering Lab, Department of Orthopaedic Surgery at the University of Minnesota.

• Professor and Chief of Research; Division of Surgery and Neurosciences, Oslo University Hospital

Dr Engebretsen has published over 300 articles and book chapters and continues to be very active in clinical, epidemiological and basic science research in the areas of general sports medicine, knee ligaments, cartilage and prevention of sports injuries and illnesses. He has received research grants and awards from many agencies and associations, including the National Institutes of Health, the Norwegian Council for Research in Science and humanities, the Norwegian Ministry of Health, AOSSM and the IOC.

He and his group has one several research prices around the world. Engebretsen has three research groups:

In 1997, Engebretsens group did the first knee joint chondrocyte transplantation in Norway. Since then, the group has had major emphasize on translational research. The group works very closely with the Stem Cell group led by dr Brinchmann and has optimized chondrocyte and stemcell cultivation while at the same time developing surgical techniques for implantation.

Dr Engebretsen is or has been a board member of many other societies including, but not limited to the Norwegian Society of Sports Medicine, the Scandinavian Foundation of Medicine & Science in Sports, ISAKOS, the Orthopaedic Research Society and International Knee Society. He is the Editor of the British J Sports Medicine (IPHP edition) and on the editorial board of Am J Sports Med, Scand J Med and Sci in Sports, Knee surg, Arthroscopy and Sports traumatology, and The Knee and is a reviewer for all the major orthopaedic and sports traumatology journals.