Did the ban on smoking reduce the revenue in pubs and restaurants in Norway? 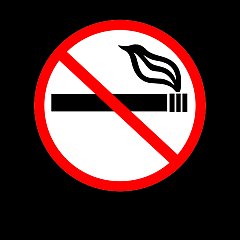 Indoor smoking in Norwegian pubs and restaurants was prohibited by law 1. June 2004 (Røykeloven; Lovdata). This paper analyze among other things the economic effect of this ban on the revenue for the hospitality sector.

After 16 years of exemptions from the ban on indoor smoking in other places of work, Norway became the second country after Ireland to implement a smoke-free regime in pubs and restaurants. This paper evaluates the economic impact on the hospitality sector in a northern region with a cold climate. The data consists of bi-monthly observations of revenues in restaurants and pubs starting in January 1999 and ending in August 2007. Auto-regressive integrated moving average (ARIMA) intervention analysis was used to test for possible economic impacts, controlling for variations in temperature.

The ban on smoking did not have a statistically significant effect on revenue in restaurants or on restaurant revenue as a share of personal consumption. There is also no evidence that the ban reduce revenues in bars, but there is some indication that it may have reduced bar revenue as a share of personal consumption. Conclusion: A large body of research has found no negative economic effect of smoke-free legislation on restaurant and bar sales in the United States, Australia and elsewhere Our study confirms these results in a northern region with a cold climate with respect to restaurants, but the results was more mixed for bars.