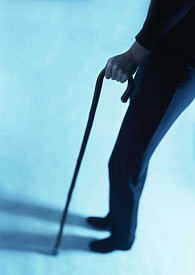 The Scandinavian countries distinguish themselves through their very high reliance on public spending in long-term care, read more in HERO report 2010:2.

In this paper, the authors compare and analyse the systems for financing long-term care for older people in the Scandinavian countries – Denmark, Norway and Sweden. The three countries share common political traditions of local autonomy and universalism, and these common roots are very apparent when the financing of long-term care is concerned. Nevertheless, the Scandinavian systems for long- term care (LTC) exhibit some important deviations from the idealized “universal welfare state” to which these countries are normally ascribed. For example, user charges tend to be strongly dependent on earnings, which is incoherent with the general norm of flat-rate public services. Also, there is significant regional variation in the level of services provided, which is in direct contrast with the universalist ambitions.

Overall, the Scandinavian countries distinguish themselves through their very high reliance on public spending in long-term care. It is unclear to what extent the Scandinavian model for financing of long term care will be sustainable as demographic change progresses in the next few decades.