M.Sc. Helena Kames Kjeldgaard will be defending the thesis "Hyperemesis gravidarum and mental health: Exploring associations." for the degree of PhD. 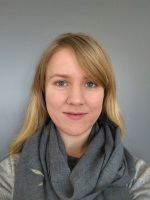 Severe nausea and vomiting in pregnancy and mental health

Almost 90% of all pregnant women occasionally experience nausea and vomiting during pregnancy. Between 1-3% are suffering from more severe and long-lasting nausea and vomiting called hyperemesis gravidarum (HG), characterised by frequent vomiting, often loss of weight and dehydration, necessitating in-hospital intravenous treatment including fluids vitamins and electrolytes. Historically HG has been stigmatising for the pregnant women and seen as hysteria and psychological problems.

In her study «Hyperemesis gravidarum and mental health: Exploring associations» Kjeldgaard has been exploring possible associations between HG and mental health before, during and after pregnancy, using data from the Norwegian mother and child cohort study and Akershus Birth Cohort Study.

The results indicate that earlier depression has relatively little impact on the development of HG. HG may, however, impact the general experience of pregnancy and delivery and the risk of developing symptoms of depression during pregnancy as well as posttraumatic stress after delivery. Hence, it is important to attend to mental health as part of the HG treatment.