MSc Tor Espen Stav-Noraas at Institute of Clinical Medicine will be defending the thesis "Interleukin-33 and Notch signaling in antiviral defense and inflammation" for the degree of PhD. 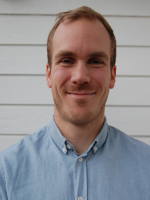 The doctoral work focused on studying the interplay between endothelial cells, inflammation and viruses in the context of IL-33 and Notch signaling.

First, we investigated the response of endothelial cells after recognizing non-replicative adenovirus. Endothelial cell DNA damage sensors (associated with repair of double stranded DNA) recognized adenovirus, leading to increased expression of IL-33. Second, infection with the replicative (wild type) version of adenovirus prevented expression of IL-33, implying a functional role of IL-33 in an anti-viral response that is counteracted by the wild type virus. To this end, reducing endothelial IL-33 partially prevented activation of the DNA damage machinery. Finally, endothelial Notch signaling promoted inflammation in a mouse model. We made this conclusion based on our demonstration that endothelial Notch signaling promotes inflammation by facilitating Histone 3 acetylation of lysine 27 (H3K27ac) of a unique set of inflammatory enhancer regions.