Are "surfaces" the missing link in the Origin of Life?

I had recently started my position at the University of Oslo, and I was working with my students on a project about fractures in cell membranes; the thin, fatty, squishy layer surrounding our cells and organelles. Failure to repair membrane ruptures causes cell death and is linked to various diseases. This investigation led, rather unexpectedly, to an interesting observation, possibly revealing a significant clue about the origin of life, which I am going to share with you here. 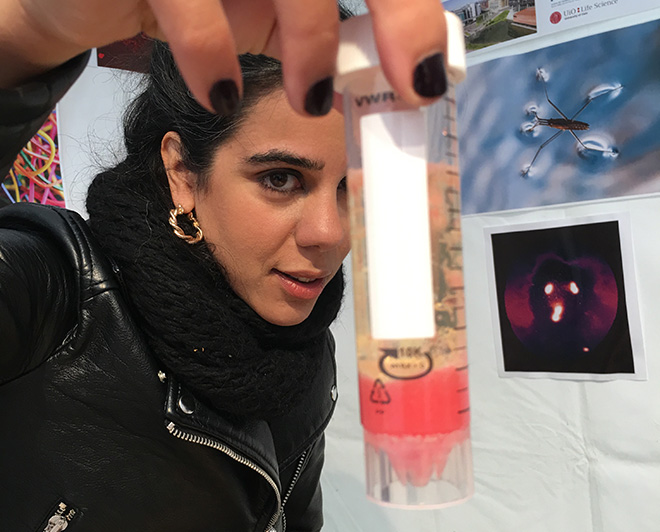 We don’t know exactly how life on Earth began about 4 billion years ago. The emergence of a spherical compartment made from fat molecules in water is thought to be a stepping stone towards the formation of life. Such compartments would be able to protect their content, for example genetic material, from the rest of the environment, and thereby facilitate replication.

The origin of life: a pending question

Precisely how this fat shell formed, grew and divided, particularly very early on without any internal structure or support, is still one of the great open questions. As you may have observed in day-to-day life, fat molecules form droplets when mixed with water. In fact, the strongest hypotheses regarding the origin of life have been based on the ability of fat molecules to self-assemble in aqueous suspensions, where they essentially form primitive containers that can eventually encapsulate other molecules.

However, such a lipid shell would not grow, elongate and divide in a liquid environment without a strong external stimulus, and a really satisfying explanation as to how this might occur does not currently exist. Many questions about the formation, development and division of primitive cells are still considered unanswered.

My research group and I discovered that the involvement of surfaces in this picture changes everything.

We put silica surfaces in contact with a tiny drop of fat in the presence of water (Figure 1 step I):

We showed for the first time that, if surfaces are involved, cell-like compartments can apparently form, grow, share the encapsulated material, and divide. The properties of materials, most importantly solid surfaces, might have been of much greater importance for the development of life than earlier thought. According to geologists that I consulted, a large variety of minerals exist that could have potentially supported this or a similar process on the early Earth, or even on other planets.

My students and I think that the prospect of finding convincing clues on how life might have started billions of years ago on the Earth, or elsewhere, is really thrilling.