Ten years after Utøya and still not sleeping

Almost half of the Utøya survivors struggle with insomnia. 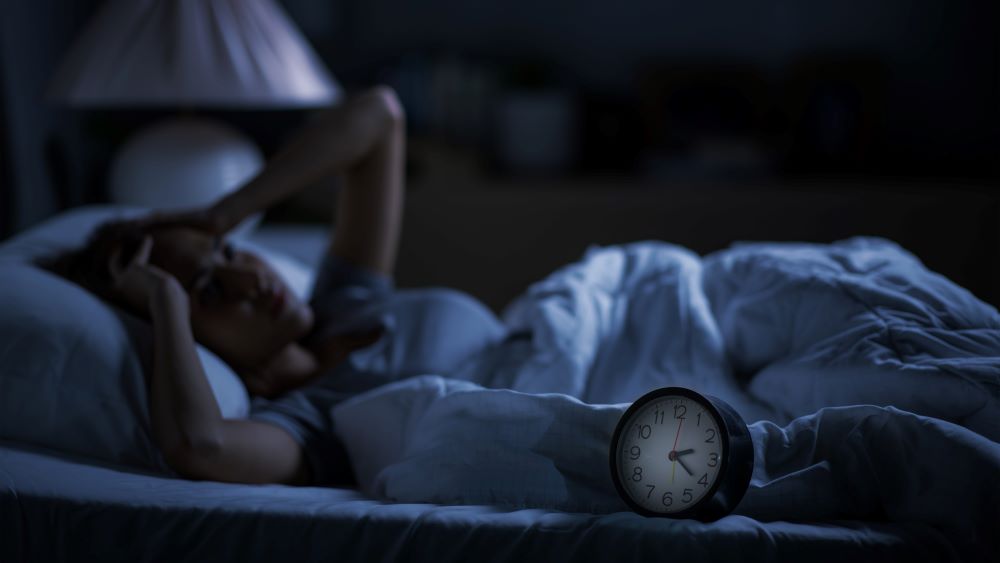 Highly traumatic events can have a long-lasting impact on sleep. Photo: Colourbox.

This summer it has been ten years since the 2011 terrorist attack on the island of Utøya. We have heard a lot about the attack and the aftermath in the media, but my focus has been on how the survivors are sleeping.

This might not seem important. No one gets as much sleep as they want, right?

Unfortunately, sustained poor sleep has an impact on many aspects of mental and physical health. This is especially important in adolescents and young adults, who make up the majority of the survivors of the Utøya attack.

You may be diagnosed with insomnia if you experience poor sleep for at least three nights a week for three months, and the poor sleep has an impact on your day-to-day functioning.

I have studied how the survivors were sleeping 2.5 and 8.5 years after the attack. This is the first time adolescent and young adult survivors have been assessed such a long time after a traumatic event.

Almost a decade after the attack, preliminary analysis shows nearly half the survivors who took part in our study reported insomnia. A third reported having had sleeping problems for at least 6 years.

The rates of insomnia are very high and show the long lasting impact of exposure to a traumatic event.

The sleep problems reported were different from the typical patterns of insomnia in young people.

Insomnia is normally higher in females compared to males, especially during adolescence. In addition, problems with insomnia tend to increase during adolescence and into early adulthood. In our population, females did not have a higher prevalence of insomnia 8.5 years after the attack. Also being older was associated with less insomnia.

The high rates of insomnia suggests that exposure to a single highly traumatic event can have a long-lasting impact on sleep. The need for sustained monitoring and treatment of such individuals is evident.

Adolescence has been called the ‘perfect storm’ for the development of sleep problems. This stems from the numerous changes that occur during adolescence that can affect sleep. Adolescents tend to go to bed later and later, and, of course, wake up later and later. Notably, this is not laziness. There are biological changes behind.

Our body clock (known as the circadian clock) regulates the time when we feel sleepy and want to go to bed. During adolescence, we start to feel sleepy later in the evening. This trend reaches a peak in early adulthood after which we gradually get sleepy earlier again.

How sleepy we feel also depends on a biological process called the sleep homeostat. Generally, the longer we are awake the sleepier we feel. This also changes during adolescence, when this sleepy feeling takes longer to build up. Hence, adolescents need to stay awake longer to feel as sleepy as they did before.

Psychosocial factors can also have an impact such as having greater bedtime autonomy, more access to technology and social networking, all pushing bedtimes later.

Combined with the same early school start times as before, adolescents often do not get as much sleep as they need.

For the Utøya survivors, the brutal trauma comes on top of all this.

The recognition of insomnia as a problem in adolescence and early adulthood is increasing. Studies have reported that 30% of 18-25 year olds experience insomnia compared to 20% in older adults.

The impact of insomnia during adolescence and early adulthood is far reaching.

Adolescents and young adults with insomnia are more likely to have:

Can we treat insomnia?

The high rates of insomnia reported by the survivors of the Utøya attack indicate a considerable level of unmet needs in this population.

The good news is that we can treat insomnia.

In addition, by treating sleeping problems, it might also be possible that we can improve on symptoms such as depression and posttraumatic stress disorder. This is very encouraging. When treating sleep we could have a broader impact on health.

There is still a long way to go, but with more research, we can offer more treatment options for people who have experienced a traumatic event.

I was able to study the sleep of the survivors of the Utøya terrorist attack through the Utøya Study. Soon after the attack, this study was set up by the Norwegian Center for Violence and Traumatic Stress Studies (NKVTS), led by Grete Dyb.

The aim was to follow the survivors and their parents to understand the consequences of such an attack on a largely adolescent population, and also to enable continued contact and monitoring to help identify individuals in need of support or treatment.

My research is a collaboration between NKVTS and UiO, and is funded by the Scientia Fellows research program.